Mediation for the Twenty First Century: connecting the local and the global

In a world where globalisation and nationalism glare suspiciously at each other across a seeming void, and conflict resolution walks a thin tightrope between dialogue and violence, effective mediation has become ever more necessary. But is there a theory of mediation? And is mediation always, as this might suggest, a negotiation solely between polar opposites, excluding other, more complex vectors in the field of tension? The project team of Mediation for the 21st Century did not think so, and set out to create an innovate scholar-practitioner exchange both to identify core sticking points in a move towards inclusive mediation, and to explore how interdisciplinary dialogue might help to advance thinking in the field. With support from the UK Foreign, Commonwealth and Development Office, as well as the Crisis Management Initiative in Helsinki and the Instituto di Affari Internazionali in Rome, we used the case study of women’s inclusion in peace talks as a lens though which to examine the increasingly professionalised, but ever more fragmented, field of peace mediation.

To fully understand the nature of peace mediation, and as a result how it might evolve, we needed to start with the seismic shifts that have happened in international affairs since the end of the Cold War. As the world moved away from the then dominant bipolar balance of power, so too nations embraced the promise of a new, liberal, multilateral international order. The recent evolution of peace mediation as an international activity is a product of both the move towards a system based on the values of the international community and the normative commitments made by states in respect of conflict and its aftermath. This is best captured in the 2012 UN Guidance for Effective Mediation which created for the first time a normative structure for peace mediation. With this guidance, mediation became institutionalised, with norms generalised and diffused by professional practitioners in the new, expanding field of mediation support.

Inclusion and Exclusion in Mediation

One of the most successful examples of normative development in peace mediation has been the concept of inclusion. Initially referring to the  representation of women in peace talks, inclusion in its basic sense in fact requires the presence – or the representation – of all diverse stakeholders in peace talks. These can of course be women, but the same reasoning applies also to youth, religious actors, and other identity-based groups which reflect the divisions in society, as generated by class or urban/rural barriers.

That said, anyone familiar with the dialectic of Adorno’s and Horkheimer’s Critical Theory (1947, Stanford University Press)[1]Horkheimer, M and Adorno, T.W (1947) Dialectic of Enlightenment. Stanford: Stanford University Press will will immediately recognise that this institutionalisation of mediation in normative form inevitably creates its own exclusions. While inclusion is now an established principle in policy, there is in fact little agreement either in theory or in practice as to what it actually requires. In particular, there is now an emerging body of scholarship which demonstrates how the focus on ‘inclusion’ has in fact generated very narrow marginal gains whilst inhibiting a more structural form of inclusivity. Inclusion in this sense treats people – be they women, religious actors or youth, or all of these things – merely as actors within a rationalist and materialist framework. It effectively requires these groups to adopt essentialist strategies that prioritise group identity over other political divisions. This creates tensions when it comes to inclusion when these groups are treated as unified rather than heterogenous groups with competing political agendas that cannot always be neatly accommodated. For example it is well documented that when women participate in peace processes they face essentialist assumptions that they will speak only on ‘women’s issues’, irrespective of their own understanding of why they are there.[2]Poutanen J and C Turner (2021) Overcoming Essentialisation: Understanding and Supporting Women’s Diverse Roles in Peace Processes. Helsinki, Crisis Management Initiative. When they do speak up for women they face challenge that they do not represent all women. In the Syrian peace process a Women’s Advisory Board was created to advise the UN envoy. While intended to enhance the inclusion of women in the process this mechanism has been subject to persistent criticism on a number of fronts, including the arguments that it is not sufficiently representative, and that it has insufficient power to influence the substance of the talks.[3]Bell C and C Turner, (2020). Models for Women’s Inclusion in Track One Mediation and Peace Processes. Beiruit, UN Women.

Fragmentation of the Peace Mediation Field

Now as mediation policy has expanded to encompass many of these groups it has created a proliferation of different programmes and actors to support their participation. The peace mediation field has evolved as a site of multidisciplinary engagement, with a broad range of actors, all with different interests and assumptions, yet working in the same professional discursive space. But this inevitably also leads to differences in understanding the aim being pursued. Peace mediation itself has paradoxically become territorialist, a terrain of power struggle between competing conceptions of peace, which preclude rather than include different groupings.

Against this background a prime cause has has become clear: Peace mediation in both theory and practice in fact remains rooted in the traditional understandings of violence and security generated by the original international relations theory. That normative approach excludes precisely the competing understandings of violence, and, furthermore, the ways in which identity, exclusion and security concretely intersect. Thus women’s inclusion is only a microcosm of a much bigger conceptual debate. When we speak of actors in peace mediation, attention tends to focus on the aims and objectives of the mediating party, effectively silencing those of the affected population.

So, using the case study of women’s inclusion, and drawing on scholarly-practitioner exchange, our project team asked how we can move on from this fragmented multi-disciplinary approach towards a more coherent methodology which engages an interdisciplinary framework for identifying and articulating key challenges, and so facilitates potential solutions. The synergies between research and practice were an important part of this project. The rapid development of the peace mediation field must be led led by by both policy and practice. One-sided approaches generate persistent sticking points. Some problems benefit from deeper academic analysis. Yet academic analysis too must learn from the empirical realities nitty-gritty conflict mediation. A solution that might look ideal in theory may be unthinkable in practice. This was our dialectical lesson. 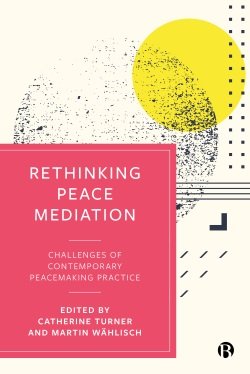 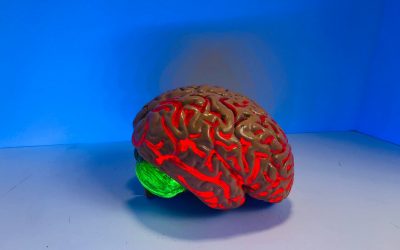 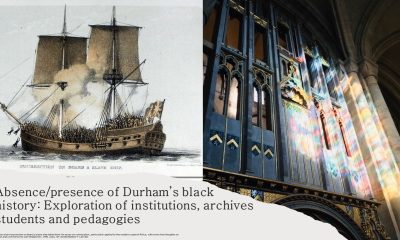 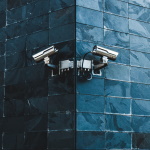 Justice and Artificial Intelligence  Hardly a day passes in which we do not hear about the alleged benefits that increased reliance upon technology...