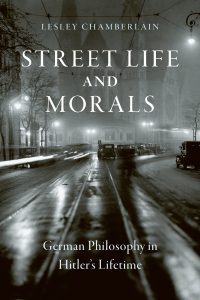 Former 2013/14 Light Fellow, novelist and historian of Russian and German culture, Lesley Chamberlain has published her latest book Street Life and Morals: German philosophy in Hitler’s lifetime (Reaktion Books, London). The project grew out of Lesley’s work at the IAS on the collapse of Enlightenment values in early twentieth-century Germany.

The book explores a significant crisis of German philosophy and national identity in the decades around World War II. German philosophy, famed for its high-minded Idealism, was plunged into crisis when Germany became an urban and industrial society in the late nineteenth century. The key figure was Immanuel Kant: seen for a century as the philosophical father of the nation, Kant seemed to lack crucial answers for violent and impersonal modern times.

Lesley’s book shows that the social and intellectual crisis that overturned Germany’s traditions – a sense of profound spiritual confusion over where modern society was headed –  as it allowed Hitler to come to power. It also describes how German philosophers actively struggled to create a new kind of philosophy, in order to understand social incoherence and technology’s diminishing of the individual. 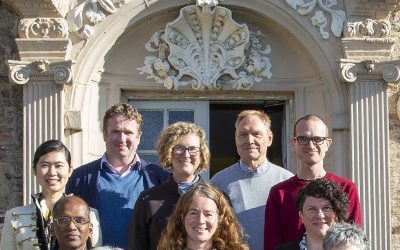