Where are they now? Professor Heather Douglas 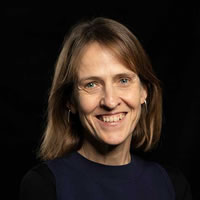 I felt privileged to be an IAS fellow during the Epiphany term from January through to March 2016. The tripartite connections to college, school and the IAS ensured that we, as fellows, became part of the wider Durham University community for a few months.

Professor Joe Elliott, the Principal at Collingwood College since 2011, was incredibly welcoming. Collingwood was a warm and generous place to be in and I enjoyed attending a couple of student events.

I really appreciated the connections with scholars at the law school, especially Professor Clare McGlynn. Professor Nicole Westmarland welcomed me to the weekly sociology staff and student catch ups.  Best of all though, was the collegial atmosphere of the IAS. The theme that linked all the fellows during the period I was there was “evidence”.  Seeing how scholars of philosophy, archaeology, history, classics, biology, sociology and, in my case, law approached the concept, talked about the ways our interests intersected and reflected on each other’s approaches was a wonderful experience.

When I was at the IAS, I was finishing off a project called the Australian Feminist Judgments Project. Durham was a great place to do this as Professor Clare McGlynn was one of the leaders of the England and Wales Feminist Judgments project. While the focus of this project was the publication of a collection of legal judgments rewritten through a feminist lens, our research group had also interviewed judges who identified as feminist. While at the IAS, I was able to analyse interviews undertaken with Australian judges and this work was the basis of my public lecture while in Durham.

While at the IAS, I was working on two other major projects. One of these was Australia’s National Domestic and Family Violence Bench Book. The purpose of the bench book was to provide a central resource for judicial officers considering legal issues relevant to domestic and family violence related cases. It was hoped that the Bench Book would help to harmonise the treatment of domestic and family violence cases across Australia’s states and territories along broad principles and to assist judges’ decision-making and judgment writing. This was in the final stages of development while I was at the IAS and was released publicly a couple of months after I returned to Brisbane. I have continued to coordinate this resource and supervise its annual updating. Thousands of people access it every year. 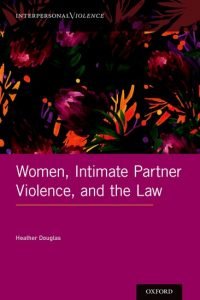 I was also in the very early stages of a study of women’s experiences of engaging with law after leaving circumstances of domestic and family violence. This project involved interviews with 65 women three times over three years. I did some of the interviews while I was at the IAS. The research resulted in many publications but in 2021 my book based on the interviews, Women, Intimate Partner Violence and the Law, was published by Oxford University Press. It was an honour when the book received the award for Published Scholarly Book/Monograph for 2021 from the Law and Society Association of Australia and New Zealand.

Over the years 2019-2021, after my stint at the IAS, I have been involved in another important project: the Indigenous Judgments Project. Evolving out of the feminist judgments project model this project involved scholars rewriting legal judgments through an Indigenous lens. It was a privilege to coordinate this project with my colleague Associate Professor Nicole Watson, who hails from the  Munanjali and Birri Gubba peoples and is the Director of Nura Gili Academic Programs at the University of New South Wales. Our edited collection, Indigenous Legal Judgments: Bringing Indigenous Voices into Judicial Decision Making, includes 16 legal judgments rewritten by 18 Aboriginal and Torres Strait Islander scholars and ten non-Aboriginal/Torres Strait islanders scholars.  Already law schools in Australia are embedding this book in the curriculum to ensure the next generation of Australian law students are exposed to the richness and diversity of Aboriginal and Torres Strait Islander scholarship.

My current research is exploring the role of the criminal law in response to domestic and family violence. England and Wales introduced an offence of coercive control in 2016 just after I returned to Australia from the IAS. I remember while I was in a Durham the popular radio broadcast The Archers had a plot line on coercive control. Since that time Australian states and territories have been debating the need for an offence of coercive control and I have been involved in those discussions and have been writing submissions and articles. Most Australian states and territories have committed to introducing an offence something like coercive control.  At the same time, most Australian states and territories have introduced discrete non-fatal strangulation offences into their statutes. Non-fatal strangulation is associated with serious injury such as stroke and pregnancy miscarriage. This is also high risk in the context of domestic and family violence with women who have been strangled by a partner several times more likely to be killed or seriously injured in the weeks after they were strangled. The introduction of the specific offence of non-fatal strangulation recognizes these dangers and risks. England and Wales introduced a non-fatal strangulation offence in 2021. Currently, with support from an Australian Research Council grant and alongside my colleague Associate Professor Robin Fitzgerald, I am exploring the role of criminalization in domestic and family violence cases using the non-fatal strangulation as a case study.

I am hoping University life will be more in-person in 2022 and hopefully we will be able to travel again. I very much look forward to visiting Durham University and the IAS again when travel is possible!

Risks to Youth and Studenthood in Digital Spaces: Commodification, Transitions and Digital Identities

The Politics of Credibility 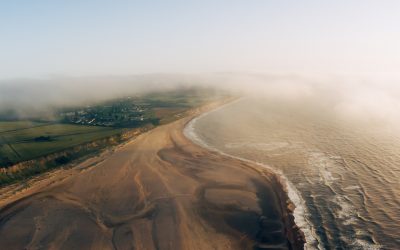