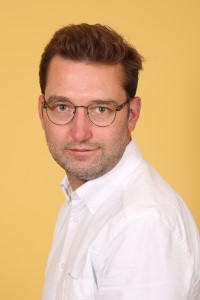 As a psychologist and neuroscientist, he studies the core mental functions of memory and spatial navigation. He uses experimental psychology, brain imaging, virtual reality, and computational modelling to provide insight into how the brain supports behaviour. Notable scientific contributions include providing evidence for a long-standing computational account of episodic memory – our ability to recollect previous life events (Horner et al., 2015), and the use of spatial representations in the brain during imagined navigation (Horner et al., 2016). He was awarded the Experimental Psychology Society Frith Prize for his PhD research, and the Memory Disorders Research Society Cermak Award and the British Psychological Society Spearman Medal for his postdoctoral research.

His recent research interests have related to the nature of forgetting, specifically how neural representations change over time as a function of forgetting. In particular, this work has a focus on how we might use memories to guide future decisions. By focussing on forgetting, the aim is to reveal what information in available to an individual when they might be using past experience to guide current behaviour. During the fellowship, he proposes to build computational models, based on his current experimental research, to understand how memories guide decisions. Specifically, he is interested in how we might generalise across a set of related experiences to extract patterns about the world that are behaviourally relevant. He will collaborate with the wide range of individuals at Durham interested in both memory and decision-making, with an aim to bridge between memory-guided decision-making at the individual and group level – linking to individuals associated with the “Representing Memory” project who are interested in memory at both the individual and societal level.