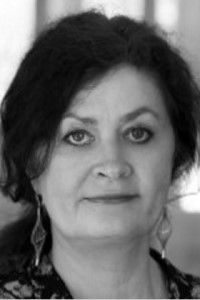 Professor Britt Kramvig works at UiT The Arctic University of Norway. She is a respected scholar and her interdisciplinary activities include philosophy, geography and art. Professor Kramvig has been a fellow at The Center for Advanced Study on the topic of Arctic Domestication in the Era of Anthropocene.  For the last four years, she has been part of the Resource Extraction and Sustainable Arctic Communities, A Nordic Centre of Excellence (rexsac.com), Mediating Arctic Geographies https://www.mediatedarcticgeographies.com and the Nordic project OCTA Sámi Art and Social Communities. She is a member of the Norwegian Scientific Academy for Polar research and holds a seat in IASC seat in the working-group Social and Human. In 2019 she together with two colleges (Henriksen, Hydle) editing the book Recognition, Reconciliation and Restoration: Applying a Postcolonial Understanding in Social Work and Healing, Oslo: Orkana forlag.

In the year to come she will work on several following projects including:  Taking Back the Museums- Opening the Space of Community Museums to Recover the Art of Indigenous People (2021-2025) where the aim is to work with both indigenous communities in Sápmi and Mexico to engage with museal practice of Indigenous people in the places where they live and in that way strengthen their community based knowledge, autonomy and self-esteem; and  New Sámi Renaissance: Nordic Colonialism, Social Change and Indigenous Cultural Policy (2021-2024) which aims to strengthen Sámi self-determination and cultural revitalization through better understanding of the complex social, political and economic forces which are reshaping the politics of indigeneity within Nordic countries; and several articles on Sámi Art, land- & soundscape and (de)colonialism.

Professor Kramvig has worked closely with internationally recognized scholars such as Helen Verran (philosophy) and John Law (STS). Her broad international network is also apparent from her publication record, which reflects collaborative skills. She has a unique ability to draw on multiple fields and theoretical traditions, while remaining consistent and grounded in her own scholarly work and her projects reflect these interdisciplinary relations including philosophy, geography and arts. Her broad and nuanced insight into Sámi and indigenous issues as well as art and sound, will benefit the research environment in Durham.

During her stay at Durham University, Professor Kramvig will engage with research on Arctic sea- and soundscape through focusing on the multiple encounters with whales as well as on stories that indigenous peoples of the North tell about the whales.  In her ongoing research on whales, she works with natural scientists as well as sound artists. She has also worked with sound artists Jana Winderen and Sámi sound artist Margrethe Pettersen. During her time in Durham, Professor Kramvig will continue her ongoing research on Indigenous stories of whales. Her interdisciplinary orientation and her practice of collaborative methodologies will be valuable for the Exploring Arctic Soundscapes project. Her common research interests with members of the project, and as an expert of Indigenous ontologies, ecologies, aesthetics and storytelling, she will contribute to the scientific dialogue.