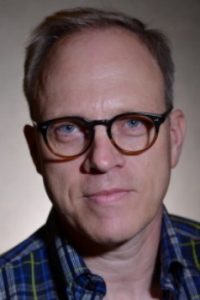 Johannes Endres is professor of Comparative Literature and Art History at the University of California at Riverside. He specialises in German and European literature of the 18th and 19th century and interdisciplinary methodologies of the study of images and texts. The subjects of his books reflect a wide array of interests in literature, philosophy, aesthetics, visual studies and the historical semantics of knowledge forms. They include, among others, the concept of fetishism and its inter-cultural and inner-cultural use in European discourses since the Enlightenment as well as its representations in texts and images, cultural practices of collecting and the history of their execution and display, and the work of Friedrich Schlegel, a central figure of European Romanticism who helped shape literary criticism as the field that we still know today.

Professor Endres has received awards and fellowships from The Getty Research Institute, the Kunsthistorische Institut/Max-Planck-Institut and the European University Institute, both in Florence, the German Research Foundation (DFG), and the International Eichendorff-Society. He has held professorships and visiting professorships at Universities in the US and Germany, where he also earned his PhD and Habilitation.

At Durham, Professor Endres will work on his current book project on “Style” as an interdisciplinary category of the study of texts, images and music. The project emerges from his interest in the history of style as a concept and its role for the formation of art history and literary criticism. While considered an objective, or objectifiable, feature of a work of art, style has also been indispensable to the developments of methodologies of those fields. “Non-Western” art and forms of creativity were an integral part of such reflections, too, from the pre-classical arts of Greece and ancient Egyptian art, to Islamic art and the indigenous arts of the Americas.

The present project conceives of style as an aesthetic solution to a problem prevalent in the environment of a work of art to which the latter responds through a visual, or otherwise sensible, formula that negotiates between tradition and change, the emulation of established solutions and the exploration of new solutions with sustainable implications. The project thus aims at shedding new light at core paradigms of comparative literature and art history such as canon, imitation, decadence, progress, similarity, simultaneity, and periodization, and at a metalanguage for the communication and exchange between different forms of art, art cultures, and disciplinary practices.

As part of his project, Professor Endres will be in close collaboration with Professor Jonathan Long from Durham’s School of Modern Languages & Cultures. Professor Long is also the co-director of the Center for Visual Arts and Culture at Durham. The collaboration is based on their mutual research interest in German Literature, literary theory, and the study of visual culture in relation to literary artefacts.