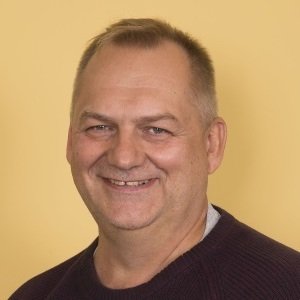 Boris Snopok is a senior scientist and head of the Department of Physics and Optoelectronics Technical Bases at the Institute of Semiconductor Physics (ISP), National Academy of Sciences of Ukraine. He has been head of department since 2005. After receiving an MSc in Physics from the Moscow Institute of Physics and Technology (MIPT) in 1988 he joined the Institute of Physical Chemistry in Kyiv working initially on organic semiconductors, Langmuir-Blodgett films and self-assembled monolayers. He received a PhD in Physics from the Institute of Physics in Kyiv in 1995. After a postdoctoral fellowship at the Max Planck Institute for Polymer Research in Mainz, he joined the ISP in 1997 as a senior scientist. At the ISP he started work on plasmonics for biological applications including development of instrumentation. Professor Snopok has been awarded Fellowships at several academic foundations, has been a team leader in both national and international projects and held visiting positions at the Karolinska Institute, the Max-Plank Institute for Polymer Research in Mainz, the Kaunas University of Technology, the University of Bordeaux, and the Brandenburg Technician University. He became Professor in Applied Physics and Nanomaterials in 2017 from the ISP in Kyiv.

His research interests concern the capacity of physics to open new ways of understanding in biology, especially at the nanoscale. This research, often delivered in instrument and protocol forms, is interdisciplinary and explores themes of physics, chemistry, mathematics and informatics. Starting from his education on physical and chemical biology in MIPT, the focus of his research has been for a number of years within the area “where physics meets biology”. Professor Snopok is one of the founders of several approaches based on surface plasmon resonance phenomena and their biological applications, and author of the dynamic concept of complex chemical sensing. He has published over 100 journal articles and book chapters, holding 15 patents in fields ranging from physics to biology, and a co-author with more than 100 researchers from over 20 countries. Currently, he is working on principles of “conservative evolution” specific for the systems that undergo their development within conservative sets of possibilities (e.g. sensors, parties, nations).

The focus of his research at the IAS will address a suite of problems associated with the research project sponsored by the IAS: Dynamic Interactions at Cell Membrane Interfaces, led by Dr Kislon Voitchovsky (Physics). Gaining a deeper understanding of and designing novel strategies to manipulate supramolecular ensembles of biomolecules is of the utmost importance to understand how the environment is structured at the nanoscale level. Professor Snopok’s expertise could be utilized by using his experience in the field of analysis of molecular processes near the dynamically assembled functional bio-interfaces. This allows the development of artificial ensembles based on electrostatic levitation phenomena well suited for investigation and modeling of dynamical processes at the cell membrane interfaces – this is the key element that imparts functionality to these structures and hence transforms them into a feasible instrumentation.