Peter H. Hansen is Professor of History and Director of International and Global Studies at Worcester Polytechnic Institute (WPI) in Massachusetts. He was 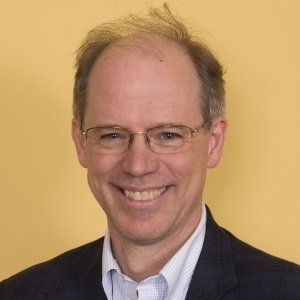 educated at Carleton College and Harvard University, where he completed a PhD on the history of British mountaineering. His research and teaching explore comparative dimensions of modernity, empire, sports and project-based learning. Professor Hansen has been a visiting fellow at Cambridge, the Australian National University, and Harvard, and a Fulbright Scholar in France. He has also advised community-based student projects in WPI’s global programs in London, Morocco, Namibia, Thailand, Venice, and Washington, DC.

Professor Hansen’s scholarship investigates the entangled histories of mountaineering and modernity. The Summits of Modern Man: Mountaineering after the Enlightenment examined the transformation of the summit position—which had been reserved for God or King—into a symbol of individual sovereignty and enlightenment during mountain ascents in the Alps in the eighteenth century. Debates over “who was first” in the ascent of Mont Blanc in 1786, and on other peaks over the next two centuries, articulated changing definitions of masculinity and modernity. He has published articles in American Historical Review, Past and Present and leading journals on mountaineering, colonialism, subaltern studies, and documentary films in Tibet, and articles have been translated into German and French. He was a contributor and associate editor for mountaineering and sports for the Oxford Dictionary of National Biography. His article “Confetti of Empire: The Conquest of Everest in Nepal, India, Britain and New Zealand,” Comparative Studies in Society and History, received the Walter D. Love Prize as the best article in any field of British Studies in 2001. As the President of the Northeast Conference on British Studies, Professor Hansen organized international conferences in the US and Canada. He has engaged wider audiences as a lecturer in public programs at museums and libraries and as commentator for three BBC television programs.

At the Institute of Advanced Study, Professor Hansen will complete a book on commercialization and Mount Everest for Harvard University Press. Conventional critiques of Everest’s commercialization since the 1990s wax nostalgic for earlier eras. His study demonstrates that these earlier periods were commercial and acknowledges the diversity of voices in Himalayan mountaineering. Professor Hansen will contribute to the Institute’s thematic seminar on masculinities and sports and collaborate with Dr Abbie Garrington of the English Department on a public exhibition, student colloquium, and publications on mountaineering history and literature. He will also explore potential collaborations between WPI’s global project-based programs and community-based research at Durham.