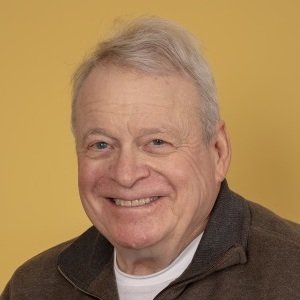 Rodney J Bartlett is Graduate Research Professor, and Director, Quantum Theory Project, in the departments of Chemistry and Physics at the University of Florida. He received his PhD in Quantum Chemistry from the University of Florida in 1971. He was a NSF Postdoctoral Fellow at Aarhus University, Denmark from 1971-1972 and a postdoctoral research associate at the Johns Hopkins University from 1972-1974. After postdoctoral work, Professor Bartlett spent seven years at Battelle Memorial Institute, first at the DOE’s Pacific Northwest National Laboratory and then at Battelle in Columbus, Ohio. In 1981 he moved to the University of Florida as Professor of Chemistry and Physics. He was named Graduate Research Professor in 1987, a rank held by only a handful of faculty. He maintains a group of a dozen people. He has published over 500 papers (e.g. Bartlett, R.J., Ranasinghe, D.S (2017) ‘The power of exact conditions in electronic structure theory’, Chemical Physics Letter, 669, pp. 54-70), 40 book chapters, presented over 200 invited lectures at major meetings, co-authored a book on many-body theory (Isaiah, S., Bartlett, RJ. (2008) Many-Body Methods in Chemistry and Physics: MBPT and Coupled-Cluster Theory. Cambridge: Cambridge University Press), edited six books, and many Sanibel Proceedings for Molecular Physics. According to the Institute for Scientific Information, Professor Bartlett is among the most cited chemists in the world with an h-index of 102 from the Web of Science and 113 from Google Scholar.

Professor Bartlett pioneered the development of coupled-cluster theory in quantum chemistry to offer highly accurate solutions of the Schrödinger equation for molecular structure and spectra. His group is responsible for the widely-used ACES II, 3, 4 program systems. He received the American Chemical Society (ACS) award for Theoretical Chemistry in 2007 and the 2008 Schrödinger Medal of the World Association of Theoretical and Computational Chemists (WATOC). In 2009, he was awarded the Boys–Rahman prize of the Royal Society of Chemistry. In 2010 he was named the U. S. Southern Chemist of the year by the Memphis ACS. He won the Florida ACS Award in 2000. He received the Humboldt Research Award in 2014. He holds Doctor of Science degrees, Honoris Causa from Comenius University, Bratislava, Slovakia and Millsaps College, Jackson, Ms.

Professor Bartlett is a Fellow of the International Academy of Quantum Molecular Sciences (1991), the American Physical Society (1986), the Guggenheim Foundation (1986), and the ACS (2010). He was an E.T.S. Walton Fellow in Ireland (2003). He served as chairman of the Subdivision of Theoretical Chemistry of the American Chemical Society (1987). He serves on the advisory boards of the New Zealand Institute of Advanced Study, Massey University. He is also on the boards of WATOC and the International Society of Theoretical Chemical Physics (ISTCP).

While an IAS Fellow in Durham, one of Professor Bartlett’s main research objectives is the further development of what he calls the ‘Correlated Orbital Theory’ (COT). He has shown that it is possible to write an exact, effective one-particle equation for molecular orbitals whose eigenvalues are the exact principal ionization potentials and electron affinities. Hartree-Fock theory is of this type, but is not exact as it neglects electron correlation. Kohn-Sham density functional theory formally has a correlation potential in its effective one-particle theory, but is far from exact because the correct density functional is unknown. The Dyson one-particle equation is exact for all IP’s and EA’s, not just the principal ones, but it is frequency dependent making its eigenvectors non-orthogonal and over-determined. By applying coupled-cluster theory to Dyson theory, it is possible to remove the frequency dependence in the theory in favor of a single, one-particle Hamiltonian that is much closer to that in KS-DFT, but has to give exact IPs and EAs in its solutions.

This idea of COT has caused the modification of KS-DFT to fulfil an IP theorem proven for adiabatic TDDFT, showing that KS-DFT should have the property that all of its eigenvalues are at least good approximations to principal IPs, meaning the energy required to remove any electron from a system. It is known that for exact DFT the highest-occupied MO should have this property, but Professor Bartlett’s theorem generalizes it to all orbitals. This simple condition has enabled Professor Bartlett to introduce minimally parametrized KS-DFT approximations, CAM-QTP(00), (01), (02), that perform much better than alternatives for a wide range of applications. Professor Bartlett’s collaboration with Durham’s Dr Nikitas Gidopoulos (Physics) will help to further enhance these developments.