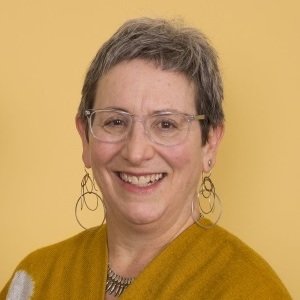 Tamara Kohn (BA UC Berkeley 1982, MA UPenn 1984, DPhil Oxford 1988) is Associate Professor of Anthropology in the School of Social and Political Sciences at the University of Melbourne, Australia. She has recently served as Discipline Chair in Anthropology as well as Coordinator of Gender Studies at the University of Melbourne. Before moving to Australia in 2006 she taught at Durham University where she helped establish the Human Sciences programme at the Stockton campus. She has conducted extensive field research in the Scottish Hebrides (with incomers in a small island community), East Nepal (with villagers in a remote Tibeto-Burman village), the US (with martial artists, prisoners, and the funeral industry), and Japan (with martial artists and sonic environments). In over 70 research publications, Dr Kohn has critically explored issues of identity and belonging, the body and senses, communities of practice, mobilities, and methods and ethics in anthropological research.

Professor Kohn is a Chief Investigator on three Australian Research Council (ARC) Discovery Project grants: ‘Sonic Practice in Japan: sound in everyday life’; ‘Digital Commemoration’; and ‘Death and Disposal: beyond burial and cremation’. These collaborative interdisciplinary projects are producing a wealth of published work, as well as engaging with the public sector and industry through alternative media. New research publications include: a co-authored monograph, Death and Digital Media (Routledge 2018), and book chapters ‘The Social Life of the Dead and the Leisured life of the Living Online’ (Colorado 2018), and ‘Being in Sound: reflections on recording while practicing aikido and shakuhachi’ (Berghahn 2017).

Professor Kohn’s interrogations of meaning in martial arts training is embedded in her own intensive training for the past 25 years. She has a 3rd degree black belt (sandan) in aikido and has trained with and conducted research with martial artists in the UK, US, Australia and Japan. Professor Kohn has helped define an anthropology of martial arts in terms of method, discipline, creativity, and changing ideas of ‘self’, ‘body’ and ‘culture’.

These interests in the transformative power of creative practice are at the core of Professor Kohn’s work with long-term prisoners on Death Row or Life without Parole in the US. She considers how some of these men represent their social and interior worlds and their personal senses of metamorphosis in their letters through a range of creative, educative and bodily practices that in some cases include engaging with the philosophy if not the practice of martial sports. For the IAS fellowship on ‘Masculinities in Martial Sports: west, east and global south’, Professor Kohn is eager to think through her extensive written conversations with these men to present a public lecture on “Body Practice on the Inside”. She intends not only to contribute to cross-disciplinary critical discussions on masculinities and martial sports while in Durham, but also to address a broader audience to give voice to her silenced interlocutors and to help counter fetishised representations in the public sphere of what men do and think behind bars.