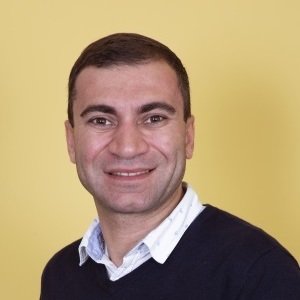 is a researcher at the French-Azerbaijani University in Baku, Azerbaijan. He researches clay minerals, their chemical composition and the geochemistry of the sediments from the lacustrine and marine basin.

Dr Abdullayev graduated with a bachelor’s degree in hydrogeology and engineering geology from the Azerbaijan State Oil Academy in 2005. He received his master’s degree in sedimentology from the same University in 2010. Previously, Dr Abdullayev worked as a geologist at the State Oil Company of Azerbaijan Republic from 2006-2011. In October 2011, Dr Abdullayev began his PhD at the University of Leipzig, Germany. During his PhD, which he received in 2015, he investigated clay minerals assemblages, non-clay mineral composition and biogeochemistry of the Lower Pliocene sediments from the western South Caspian Basin. The aim of this research was to reconstruct past climate in the adjacent land of the Caspian Basin during the Lower Pliocene time. He has published papers focused on provenance and climatic reconstruction, which mainly focus on clay minerals, which form during chemical and physical weathering in the western South Caspian Basin in the Early Pliocene.

In 2019 he assumed the role of Geophysic Specialty Coordinator at the French-Azerbaijani University (UFAZ) in Baku. Between 2015 – 2019, Dr Abdullayev was a researcher at the Acad. H. Aliyev Institute of Geography, Azerbaijan National Academy of Science. In 2016-2017, he undertook a postdoctoral project at MuÄŸla SÄ±tkÄ± Koçman University. He investigated major oxides and inorganic geochemistry of the Plio-Pleistocene sediments from the western South Caspian Basin. The aim of this research was to reconstruct reconnections of the Black Sea and the Caspian Sea from that time. The reconnection of the Black Sea and the Caspian Sea is a topic of debate given there are several hypotheses. Since 2018, Dr Abdullayev has collaborated with Dr Andre Baldermann from the Institute of Applied Geoscience, at Graz University of Technology, Austria on the investigation of geochemical processes in the Miocene Eaten Paratethys Sea. He also was a DAAD Fellow at the University of Greifswald, Germany where he researched mineralogy, major elements and trace elements to understand geochemical processes in the Miocene Eastern Paratethys Sea basin. Mineralogical and inorganic geochemical research of the sediments from the different environments (lacustrine and marine) gave him the opportunity to understand the properties of clay minerals in greater depth.

Dr Abdullayev will take part in the IAS sponsored project “Antibacterial Clay Therapy” led by Dr Gary Sharples (Biosciences) and Dr Kimberley Jamie (Sociology), along with IAS Fellows Professor Hailiang Dong (University of Florida), and Professor Kevin Rosso (Pacific Northwest National Laboratory). One aspect of the project focusses on investigating clay minerals from Baku, Azerbaijan, and to investigate the mineralogical and chemical composition of the clay minerals to specifically understand under what conditions the clay minerals form, and its antibacterial efficacy assessed against representative bacterial species.