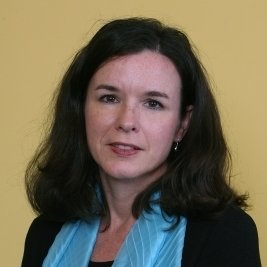 Professor Christa Davis Acampora holds appointments at Hunter College and The Graduate Center of the City University of New York. Her areas of specialization include modern European philosophy and aesthetics. She is the editor of the Journal of Nietzsche Studies and has published widely on the philosophy of Nietzsche and its implications for contemporary political theory, moral psychology, and ethics. She was previously a fellow at the Center for Place, Culture, and Politics at the Graduate Center where she worked on a project that explored bases for political justification and legitimation, particularly in radical democratic political theories.

Professor Acampora’s past work has focused on the theme of ‘Being Human’ in a variety of ways. She recently co-edited two volumes of essays that examine cultural productions of women of color. In Unmaking Race, Remaking Soul: Transformative Aesthetics and the Practice of Freedom (SUNY Press, 2007), Acampora considers the importance of aesthetic experience for the development of imagination and the significance of imagination for human growth, action, and resistance. In her 2004 edited volume A Nietzschean Bestiary: Becoming Animal Beyond Docile and Brutal, she considers Nietzsche’s metaphorical uses of animal parts-“Paws, Claws, Jaws, and Such”-as attempts at disclosing possible alternatives ways of human activity and relations.

During the past decade, Professor Acampora has published numerous articles focused on Nietzsche’s conception of contest-agon-and how this bears on his conceptions of power. The culmination of this work will soon result in a monograph that utilizes the theme to show a deep continuity in Nietzsche’s writings and a more nuanced understanding of organizations of power. She develops an analytic framework for distinguishing and evaluating competitive structures and modes of opposition and then demonstrates how Nietzsche exploits these distinctions in his analyses of the pursuit of truth and knowledge in philosophy and science, as well as in his account of the development of moral and aesthetic values. Moreover, she indicates how the analytic framework has significant applications in contemporary moral psychology and political theory.

While at the Institute, Professor Acampora will work on a project that examines the current so-called ‘war on terrorism’ in terms of the logic of opposition that it entails and the ways in which it establishes and bends certain boundaries between friends and enemies. Of particular concern to her are the processes of dehumanization that occur in the rhetorical construction of the enemy, especially in the context of current definitions of terrorism and the identification of distinct entities in international political discourse. The project is highly interdisciplinary, drawing on political ontology and theory, cultural geography, and psychoanalytic cultural studies in addition to classical philosophical resources.