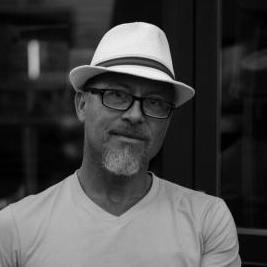 Professor Eduardo Mendieta is associate professor of Philosophy at Stony Brook University, one of the flagship universities of the SUNY system. He was born in Colombia, but was raised in the United States. He has received degrees from Rutgers University, Union Theological Seminary and the New School. He also studied in Germany, at the Goethe University in Frankfurt am Main, where he worked with Jürgen Habermas.

Professor Mendieta has edited and translated from Spanish the works of one of Latin America’s most important living philosophers Enrique Dussel. He has also edited and translated from the German the work of innovative philosopher Karl-Otto Apel. Over the last decade he has edited about a dozen books dealing with the Frankfurt School, contemporary Latin American philosophy, and issues relating to religion, globalization, and global justice. His most recent book is entitled Global Fragments: Globalizations, Latin Americanisms, and Critical Theory (SUNY, 2007), and is presently finishing another book on philosophy and war entitled Philosophy’s War: Nomos, Topos, Polemos. He has served on the editorial boards of City, Environment and Planning D: Society and Space, Constellations, and Sophia. He was the executive editor of Radical Philosophy Review, and founding member of the American Philosophical Association Newsletter of Hispanics in Philosophy. Most recently he published a collection of political interviews with Richard Rorty and a book of interviews with Angela Y. Davis dealing with Abu Ghraib, mass incarceration in the United States, and torture as a weapon of the state.

The project that Professor Mendieta will undertake while a fellow at the IAS deals with what he calls “philosophical animals.” At the center of the project are two simple questions: can we ever divorce the question of the human from the question of the animals, and can philosophy not invent its own ‘philosophical animals’ in order to answer the prior question? Professor Mendieta claims that ‘the metaphorics of humanity is entwined with the metaphorics of animality.’ In this project, however, he aims to complicate this picture by introducing the issue of biotechnology and genomics: does not the future of transgenic organisms, both vegetable and animal, make all too evident what has already been at play in the history of nature: namely a swapping and sharing of genes that have allowed us to co-evolve as ‘genomic companion species.’ So along with customary bestiaries that accompany philosophical investigations about the nature of the human, we have now to consider the already well-populated transgenic zoos of biotechnological chimeras of the genomic age.