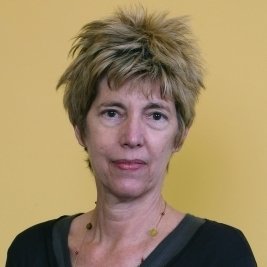 Professor Maren Stange, an Americanist, is noted for scholarship in visual culture and cultural history. She gained her undergraduate degree in English literature at Harvard University and her Ph.D. in American Studies at Boston University. She has been a member of the Faculty of Humanities and Social Sciences at The Cooper Union in New York City since 1992.

Professor Stange was a Senior Fulbright Fellow at the University of Munich in 1996-1997, and she has held fellowships from the American Council of Learned Societies, the Smithsonian Institution, the National Gallery of Art’s Center for Advanced Study in the Visual Arts, Yale University, and the National Endowment for the Humanities. Her first book, Symbols of Ideal Life: Social Documentary Photography in America, 1890-1950 (1989), is considered a seminal work in visual culture studies; her books Bronzeville: Black Chicago in Pictures; Bare Witness: Photographs by Gordon Parks, and her essays on Roy DeCarava, Carrie Mae Weems, Richard Wright, and Ebony magazine constitute a major critical consideration of African American photographic representation throughout the twentieth century.

Stange co-authored Official Images: New Deal Photography and edited Paul Strand: Essays on his Life and Work; she curated the exhibitions “Bronzeville: Black Chicago in Pictures, 1941-1943” at the International Center of Photography, New York, in 2004, and “Official Images: New Deal Photography” at the National Museum of American History, Smithsonian Institution, Washington, D.C., and traveling nation-wide, in 1987. Stange appears in the documentary “The Other Half – Revisited,” shown on the Public Broadcasting System, and she has consulted on other documentary projects. She is active in several professional organizations and lectures frequently at academic conferences, museums, and other venues in the United States and internationally. Her current book, Photography and the End of Segregation, traces the visual representation of African Americans in relation to the legal, political, and social changes accomplished by the long struggle for their civil and human rights; at the IAS she will be researching and writing on the mid-century Civil Rights and Black Power years.