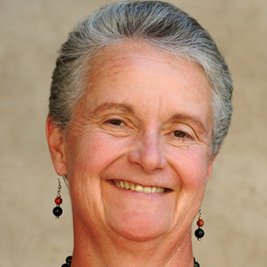 Professor Buikstra is Professor of Bioarchaeology and Director of the Centre for Bioarchaeological Research at Arizona State University. She has been a major influence in the establishment of the subdiscipline of bioarchaeology . She is particularly interested in the co-evolution of humans and Mycobacterium tuberculosis. TB is now recognised as a globally re-emerging disease that infects nearly one-third of the world’s population and kills approximately 2 million people, thus remaining a powerful evolutionary force. In response to Darwin’s interest in species interrelationships, Professor Buikstra focuses on the long evolutionary relationship between several “organic beings” – H. sapiens, M. tuberculosis, and other animal species that may have served as mycobacterial hosts or reservoirs.

Professor Buikstra has a long and distinguished writing career, and her more recent books include (with Charlotte A. Roberts) The Bioarchaeology of Tuberculosis: A Global View on a Reemerging Disease (University of Florida Press, 2003), and Never Anything So Solemn: An Archaeological, Biological and Historical Investigation of the 19th Century Grafton Cemetery (Center for American Archaeology, 2000). She is in involved with several professional organisations and committees, which include the Bioarchaeology Review Panel of the Wellcome Trust, the American Association of Physical Anthropologists, and the American Anthropological Association. She is also a member of the prestigious American National Academy for Sciences.

As an IAS Fellow Professor Buikstra will collaborate with Professor Charlotte Roberts (Durham University) in preparing a manuscript for their laboratory research project that will explore the spread of TB across Europe from its Mediterranean origins ca 5000 BP; the social factors that have influenced TB prevalence in the UK; and the role of animals as vectors, with special reference to the UK.