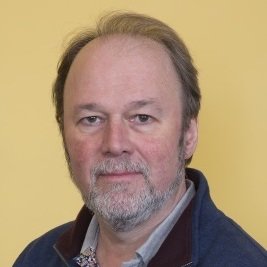 David Dryden is Reader in Biophysical Chemistry in the School of Chemistry at the University of Edinburgh and a former Royal Society University Research Fellow. He is a leading authority on the molecular biology of the DNA restriction and modification (RM) enzymes of prokaryotes and has published over one hundred research articles and reviews. In addition to analysing the structure and function of RM enzymes, his research has also covered a range of topics including the original proposal of dynamic allostery, the exploration of protein sequence space and the discovery of structural mimicry of DNA by proteins.

Starting from a first degree in chemical physics from the University of Glasgow, his work has always been at the boundaries between biology, chemistry and physics. He has been invited to attend several interdisciplinary meetings in recent years including the 2004 meeting on “Statistical Mechanics of Molecular and Cellular Biological Systems” at the Isaac Newton Institute of Mathematical Sciences, Cambridge, and the Durham University interdisciplinary meeting “Protein dynamics and function” held at Grey College and the IAS in 2013. In addition he held the Derek Brewer Visiting Fellowship to Emmanuel College, Cambridge in 2010 which provided a wonderful opportunity to interact with academics from a wide range of disciplines.

During the IAS Fellowship he proposes to investigate how the differing approaches of the physical sciences and the biological sciences have been utilised to advance our understanding of the living world. The RM phenomenon exhibited by the vast majority of bacterial species is particularly suited for investigating the synergy between the physical sciences and the biological sciences. RM was first reported in the early 1950s when the interactions between bacteria and bacterial viruses (bacteriophage) revealed an unusual pattern of “inheritance” as phage were passed between different strains of E. coli. This inheritance is a defined pattern of methylation (Modification) on the host genome which acts as a marker of “self” DNA and allows “foreign” phage DNA entering the cell to be identified and inactivated (Restriction). The Modification pattern due RM systems is one of the first examples of epigenetics. The Restriction function allows foreign DNA encoding new properties to be safely incorporated into the bacterium and drives bacterial evolution via horizontal gene transfer (unfortunately mostly know to humans as the cause of the spread of antibiotic resistance in bacteria). RM also provided the enzymes required for the development of gene cloning and biotechnology.

In addition, he hopes to explore the implications of some of his recent research on the evolution of the RM phenomenon with particular emphasis on the commonalities contained within the structures of the RM enzymes. No comprehensive picture of the evolution of RM currently exists but the results suggest that not only can one develop such a comprehensive model but also that RM is an ancient process and was important during the development of early life on the Earth. This latter aspect is much broader than the usual atomistic viewpoint used in research on RM and the wide interests of the IAS Fellows are likely to be very helpful.

The Fellowship at the IAS will provide a very stimulating environment for research and also facilitate easy access to colleagues in Physics, Chemistry, Biology and the Durham Biophysical Sciences Institute.