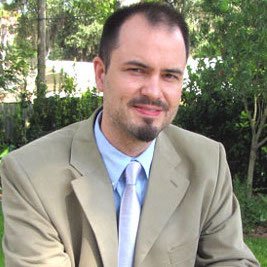 Matthew Daniel Eddy is Senior Lecturer in the History and Philosophy of Science at Durham University. He specializes in the scientific and the intellectual culture of Britain and the British Empire from the Enlightenment to World War I. His first book, John Walker, Chemistry and the Edinburgh Medical School 1750-1800, traced the cultural origins of environmental science in relation to the scholarly traditions of aspiring middle-class students and intellectuals. His forthcoming book, Science, Graphic Culture and the Scottish Enlightenment, focuses on how children and adolescents used reading, writing and drawing techniques to manage information on paper. Concentrating on graphic tools like diagrams, tables and notebooks, it argues for a new visual approach to the social and intellectual history of the late Enlightenment.

Dr Eddy’s IAS project focuses on the evidence used to reconstruct and analyze the everyday experiences of 18th and 19th century childhood. More specifically, it examines the kinds of scientific evidence that was used to make laws which regulated the lives of children. Particular attention will be paid to the ways in which British Parliamentary select committees used scientific experts to inform the recommendations they made regarding child-centred laws on literacy and mental health. More broadly, his project assesses the evidentiary foundations being used to analyse childhood across the humanities, sciences and social sciences.

A council member of the British Society for the History of Science as well as the Society for the History of Alchemy and Chemistry, Dr Eddy has won fellowships from MIT, Harvard, the Max Planck Institute for the History of Science in Berlin, UCLA’s Clark Library, the California Institute of Technology, and Durham University’s Institute of Advanced Study. He has assisted on numerous documentaries aired on the BBC and has organised or curated events at venues ranging from the Library of the Royal Society of London to local museums in northern England. He also has served on advisory boards of projects being run by the AHRC, the Netherlands National Research Council, the Greek Ministry of Education, and others.