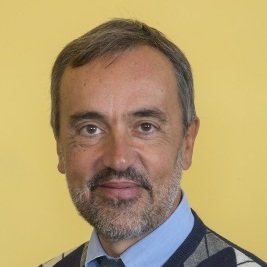 Carlo Vecce, a Renaissance Scholar specialising on the History of Literature and Civilization, is Professor of Italian Literature at the University “L’Orientale” of Naples, and Director of the PhD School in Literary, Linguistic and Comparative Studies. He has also taught at the universities of Pavia (School of Palaeography and Musical Philology, Cremona), Chieti and Macerata. He has been a visiting professor at Paris 3 (Sorbonne Nouvelle) and at the University of California Los Angeles (UCLA).

His research focus is on intellectual workshops in the dawn of Modern Age, and in the relationship between languages (literature and visual culture, as far as cinema). Among his ‘authors’: Iacopo Sannazaro, Pietro Bembo, Lorenzo Valla, Erasmo da Rotterdam, Giacomo Leopardi, Pier Paolo Pasolini.

A major research subject is Leonardo da Vinci’s intellectual world, explored in depth in his manuscripts and in the documentary reconstruction of his life and his library. Professor Vecce published the critical editions of the Book on Painting (Codex Urbinas, 1995) and the Codex Arundel (London, British Library, 1998), an anthology of Leonardo’s Writings (1992), and a biography translated in several languages (1998, new ed. 2006; a Chinese edition is in press in Shanghai). Under the patronage of UNESCO, he organised the international conference I mondi di Leonardo (Milan, 2002), held the prestigious Lettura vinciana (2011), and is a member of “Commissione Vinciana” since 1994.

In recent years he has been working on a wider interpretation of the idea of ‘Renaissance’, non limited in time (XIV-XVI centuries) or in space (Italy and Europe), but expanded to a global horizon, and up to the present. In this perspective, he has promoted several projects of translation of Italian classics: in French, the writings of Leonardo da Vinci; in Bengali, Machiavelli, Leonardo, Croce and Gramsci (Calcutta, since 2012); in Chinese, classical works of the Humanism (Lorenzo Valla), and a collection of biographies of the great Italians (Shanghai, 2014).

Professor Vecce is the associate editor of the journals “Achademia Leonardi Vinci”, e “California Italian Studies”, and he is member of the advisory committee of ”I Tatti Renaissance Library” (Harvard University). He collaborates with the Istituto dell’ Enciclopedia Italiana and The Literary Encyclopedia (New York).

Among his awards, he has received the Honour Diploma of the President of Italian Republic (1978), the “Leonardo da Vinci Fellowship” (Florence, 1992-1993), and the Fellowship of the Harvard University Center for Renaissance Studies (Villa I Tatti, 1991-1992).

While at IAS, Professor Vecce will continue his research on interaction between text and image in Italian and European literature at the end of the Middle Ages and in the Renaissance. He will pay particular attention to the issue of Evidence and Representation (rethorics, ekphrasis, visual arts and textual visualization), and also to questions of textual ‘evidence’ and textual authority in the period of passage from Early Modern to Modern Age.