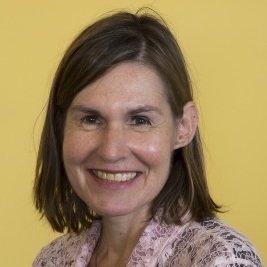 Heike Egner, who is Professor of Geography and Regional Studies at the Alpen-Adria-Universität in Klagenfurt (Austria), has a strong interest in the interrelations of society, humans and their environments, based on the theoretical grounds of second-order systems theories, complexity theories as well as theory of observation. She has been exploring these themes since her doctoral research at the Johannes Gutenberg-University of Mainz (Germany), though the subject of matter of her research over the last 20 years has been diverse. That has included: the development and role of modern outdoor sports in functional differentiated societies and their spatial specifications; tourism and sustainable development; leisure and individualization; the interactions of society, humans and environments; systems as environments and environments as systems; systems theories and their contribution to bridge the gap within science; complexity and systems; risk and space from an observation theoretical perspective; risk, space and natural disasters; societal learning from and for disasters; knowledge production and the role of science in a sustainable society.

Professor Egner has published widely on the interrelation of society, humans and environments, and her book Gesellschaft, Mensch, Umwelt – beobachtet. Ein Beitrag zur Theorie der Geographie (Society, humans, environments – observed. A contribution to the theory of Geography, 2008; Steiner Verlag)won the Hans-Bobek-Award of the Austrian Geographical Society (ÖGG – Österreichische Geographische Gesellschaft). Her work on risk research and the spatial construction of risk and security has been perceived widely, and notably her edited book Geographische Risikoforschung. Zur Konstruktion verräumlichter Risiken und Sicherheiten (Geographical Risk Research. On the construction of spatialized risk and securities; 2010; Steiner Verlag; together with Andreas Pott), which emphasized the specific spatial aspects of risk research and their societal consequences, has coined the term “geographical risk research” within the German-speaking risk research community.

While at the IAS, Professor Egner will be working on the question of observation, evidences and causes in the Anthropocene – the controversially debated new geological epoch of human mankind. If we accept the Anthropocene as a serious and reliable description of the role of human mankind within time and space on this planet, the fundamental understandings of ourselves, of nature and society (as clearly separated spheres in our conceptions) as well as the practices of sciences has to be reconsidered.