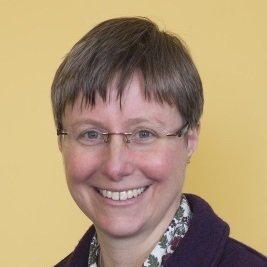 Jessica Brown is currently Professor in Philosophy in the Arché research centre within the School of Philosophical, Anthropological and Film Studies at the University of St Andrews. Since her Ph.D. at Oxford University, she has worked on a wide range of topics within philosophy of mind, epistemology, and the methodology of philosophy. In her early work, which culminated in her monograph for MIT Press (Anti-Individualism and Knowledge, 2004), she was concerned with the nature of a subject’s knowledge of her own mind, and how popular philosophical accounts of the nature of thought might seem to make such knowledge problematic. Since then, she’s worked on a range of topics within epistemology including the nature of knowledge and its role in human society, the idea that there are certain epistemic conditions on appropriate assertion and action, the nature of practical knowledge and how it differs from theoretical knowledge, and scepticism.

Since her appointment in St Andrews in 2007, she has helped to direct the highly successful international philosophical research centre Arché. The centre comprises 16-20 Ph.D. students, 10 local faculty and 6 visiting faculty. It typically organises 12 workshops/conferences and hosts 50 visitors per year. From 2008 to 2012, she was principal investigator on a major AHRC-funded project examining the methodological foundations of philosophical enquiry, and especially the role of intuition in generating much of our knowledge of abstract entities, including moral knowledge and mathematical knowledge. She set up an international network with an award from the Leverhulme trust to examine methodological issues in philosophy linking St Andrews University to CUNY, MIT, North Carolina Chapel Hill, Oxford, Princeton, Texas (Austin), and Yale.

In addition to her monograph with MIT, she has co-edited several collections for Oxford University Press (Knowledge Ascriptions, 2012; Assertion, 2011). In addition, she regular publishes in prestigious international peer-reviewed journals in philosophy including Analysis, Mind, Nous, Philosophy and Phenomenological Research, Philosophical Studies, and Synthese. She has served on the editorial boards of several journals including Episteme, and Philosophical Quarterly. Since 2013, she has been the editor of the leading international journal The Philosophical Quarterly, published by OUP.

She has been invited to visit the Australian National University in Canberra (Program Visitor (Philosophy) in the Research School of Social Sciences, 2010; 2002). She is currently a member of the Arts and Humanities Research Council (AHRC) Peer-Review College, and has also provided expert guidance to funding bodies internationally including the Academy of Finland, the Netherlands Institute for Scientific Research, and Deutsche Forschung Gemeinschaft. She regularly gives talks both in the UK and internationally including at the Australian National University, Barcelona, Bonn, Cambridge, Cologne, Copenhagen, Edinburgh, Geneva, Nancy, Oslo, Oxford, Northwestern, Princeton, Rutgers, Sheffield, and Sydney.

While in Durham, Professor Brown will be conducting a philosophical investigation into the nature of evidence. Is our evidence exhausted by sense experience or does it also include claims about the world? If the latter, just how broad is one’s evidence; does it include everything known or justifiably believed? Can evidence be false? What strength of support need evidence give to a proposition in order for one to know it? Must the evidence entail what’s known or is a weaker relationship sufficient? These questions connect with some of the sub-themes of this year’s IAS theme of Evidence, including evidence and experience; and unreliable evidence.