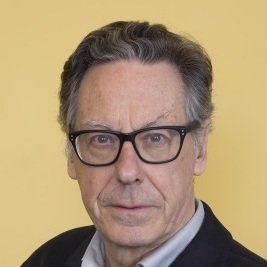 John Brewer is the Eli and Eyde Broad professor of Humanities and Social Science at the California Institute of Technology. Educated at Cambridge University, where he received his Ph.D., he has held faculty positions there, at Yale, Harvard (where he was Chair of the History and Literature Program), UCLA (where he was Director of the Clark Library and the Centre for C17 and C18 Studies), the European University Institute in Florence, the University of Chicago and, since 2001, at Caltech. He has been awarded research grants and fellowships from the UK Social Science Research Council, the National Endowment for the Humanities, and from the Guggenheim, Getty, Humboldt and Mellon Foundations. He was the Ford Lecturer at Oxford University in 2009, and has been a visiting Fellow at the Institute for Advanced Studies in Munich and a visiting Professor at the Ecole des Hautes Etudes en Science Sociale in Paris. He has acted as a consultant at the Tate Gallery, the Victoria and Albert Museum, the Institute for the Arts in Detroit, Bard Graduate Center in the Decorative Arts, and at Colonial Williamsburg. He is the author or editor of fifteen books, translated into seven different languages, including The Sinews of Power. War Money and the English State (1989), and Pleasures of the Imagination. English Culture in the 18th Century (1996; re-issued 2013) which won the Wolfson History Prize and was short-listed for the US National Book Awards in the category of criticism. His published work is wide-ranging, dealing with politics and culture, state formation, finance and bureaucracy, the history of consumption, art markets, institutions and aesthetic value, the culture industries, and, most recently, with historiographic issues around notions of temporal and spatial scale.

He is currently engaged in two research projects. The first, focused on Vesuvius, the buried cities and Naples in the 19th Century, uses this test case to examine the processes – economic, political, cultural and symbolic – by which places acquire particular identities. Using a wide range of materials – visitors books, travel accounts, scientific publications, images and simulacra and including a wide range of actors – politicians, merchants and diplomats, scientists, poets and novelists, indigenous peoples as well as visitors – it looks at the many versions of a place, how they fitted or clashed with one another and what was at stake in these characterizations. The second project, on which he will be working at the Institute, is about art and value in the nineteenth and twentieth centuries. How does art acquire value? What is it that we value about art? He is especially interested in issues of art criticism and attribution, and how these played out from the mid-nineteenth to the mid-twentieth century. His concern is not just with what might constitute value – how the art object was seen, but also with who conferred value, and had the authority to do so. At present his work is concerned with Giovanni Morelli, the Italian expert who is often deemed to be the founder of what was called scientific connoisseurship, and whose morphological method has been praised by Freud and by Carlo Ginsburg.