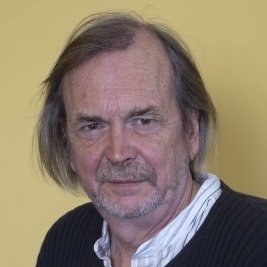 Pickering has published extensively in the area of science and technology studies (STS). His first book, Constructing Quarks (1984), is a definitive history of postwar particle physics up to the establishment of the so-called ‘standard model.’ The Mangle of Practice: Time, Agency, and Science (1984) was a landmark in the study of scientific practice, especially in its focus on the materiality of science and the temporal emergence of scientific culture. His latest book, The Cybernetic Brain: Sketches of Another Future, explores the history of cybernetics as an alternative paradigm for grasping the world from that of the modern sciences. He is also the editor of two influential edited volumes: Science as Practice and Culture (1992), which was at the heart of the practice-turn in STS, and The Mangle in Practice: Science, Society, and Becoming (2008), which extends and generalises his perspective on practice to areas beyond the confines of STS. His writings have been translated into French, German, Italian and Chinese.

Pickering’s current research grows out of his work on cybernetics. At the IAS he will be exploring three intertwined themes: (1) questions of ontology, of what the world is like and of our place in it; (2) the ways in which new ontological visions can contribute to productive inter- or even anti-disciplinary intersections; and (3) the ways in which such visions can be staged, explored and elaborated in real-world practices, now and in the future. A particular focus will be on unconventional artworks that can be understood as ontological theatre-as both staging and exploring nonmodern visions of the world.

The theme of the future is central to this research. Nonmodern ontologies problematise the idea that we can predict and control the future, emphasising instead emergence and becoming. At the same time, projects that stage a nonmodern ontology can be read as ‘sketches of another future’-models for novel forms of life. Politically, prediction and control go with a stance of Heideggerian enframing and domination; nonmodern projects exemplify instead an alternative stance-that of revealing, of a performative and experimental openness to what the world and the future can offer us.