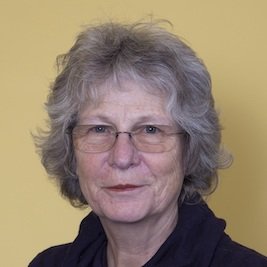 Barbara Adam received a Lyceum education in Germany and developed her entire academic career from mature student to professor at Cardiff University. She gained both her doctorates in the field of time studies and obtained two ESRC Fellowships (1994 and 2003) to extend her agenda-setting work on social time. During 1999 and 2000 she occupied the Max Weber Chair at Munich’s Ludwig-Maximilians-University. Her innovative temporal perspective took social theory and social investigation into virgin territory and blazed a trail for others. As founder editor of Time & Society (1992-) she helped to consolidate the academic legitimacy of the trans-disciplinary focus on social time. She is a member of the Academy of Social Sciences.

Adam’s PhD on time in and for social theory provided challenges that were to occupy her entire scholarly career to date, as the emerging perspective changed the deep structure of social science praxis at the level of ontology, epistemology and methodology. With Time and Social Theory (Polity, 1990) Adam established a temporal and trans-disciplinary perspective on the social. The book was awarded the British Sociological Society’s ‘Philip Abrams Memorial Award’ for ‘Best First Book’. Adam’s second book Timewatch. The Social Analysis of Time (Polity, 1995) mapped out this new approach for some specific social science domains and institutions. This book was awarded ‘Best Book in Trans-disciplinary Time Studies’ by the International Society for the Study of Time’s. Timescapes of Modernity. The Environment and Invisible Hazards (Routledge 1998), derived from Adam’s 1994 Research Fellowship, developed a temporal perspective for socio-environmental research and confronted both social scientists and policy makers with the issue of responsibility. The fourth monograph Time (Polity, Key Concepts Series 2004), a deeply poetic work, has received high acclaim for both its scholarly achievement and its form of representation. Future Matters. Action, Knowledge, Ethics (Brill 2007) published with Chris Groves, research associate on Adam’s 2003 ESRC Professorial Fellowship Project, is focused on the ways contemporary societies know and create the future on the one hand and how they handle responsibility for those created future outcomes on the other (See the associated, extensively visited website www.cardiff.ac.uk/socsi/futures/).

This path-breaking work involved Adam in numerous collaborations across national and disciplinary boundaries, many of which resulted in edited books, such as Theorising Culture: An Interdisciplinary Critique after Postmodernism with Media theoristStuart Allan (UCL Press: 1995); Die Non-Stop Gesellschaft und ihr Preis with K A Geißler and M Held (Hirzel 1997), collaborators from the Tutzing Time Ecology Project; Environmental Risks and the Media with media theorists Stuart Allan and Cindy Carter (Routledge 2000); The Risk Society and Beyond. Critical Issues for Social Theory with long-standing collaborator Ulrich Beck and the assistance of Joost v Loon (Sage 2000); and Making Time. Time and Management in Modern Organizations with management colleagues Richard Whipp and Ida Sabelis (Oxford UP 2002). In two EU funded transport projects Adam was tasked to bring her innovative temporal perspective to the field of transport engineering. It is the challenging focus on the future that Professor Adam is seeking to develop further at the IAS.