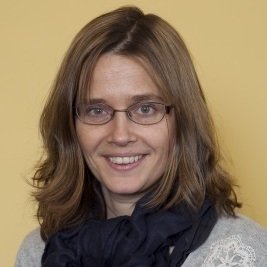 Professor Barbara Graziosi is a classicist and cultural historian. Her research focuses on ancient Greek literature and its readers – both ancient and modern. Her first book, Inventing Homer (Cambridge 2002) argues that early representations of Homer tell us something important about the way archaic and classical audiences imagined the poet and understood his poetry. Her second book, Homer: The Resonance of Epic (London 2005), written together with Johannes Haubold, explores the relationship between Homeric epic and wider Greek views about the cosmos and its history. Again with Johannes Haubold, she has written a commentary on Iliad 6 (Cambridge 2011), which explores the last encounter between Hector and his wife Andromache, and what it reveals about marriage and war. She has also edited two volumes: Homer in the 20th Century: Between World Literature and the Western Canon (Oxford 2007), with Emily Greenwood, and The Oxford Handbook of Hellenic Studies, edited with George Boys-Stones and Phiroze Vasunia (Oxford 2009).

The connections between ancient literature and its many readers from different times and places are also important to her teaching and outreach. A Durham Excellence in Teaching Award and a National Teaching Fellowship funded projects that linked academic research, undegraduate teaching, and work in the local community. She is a regular broadcaster for BBC arts programmes, and reviews for The London Review of Books and The Times Higher Education Supplement.

After a BA and MSt from Oxford and a PhD from Cambridge, she was a Junior Research Fellow at New College Oxford, before joining the Department of Classics and Ancient History in Durham. She held a Summer Fellowship at the Center for Hellenic Studies (Harvard University) in 2005, and will return to the Center in 2011, as a Fellow in Greek religion and its reception.

Her next major project is a history of the Olympian Gods (for Profile Books and Metropolitan/Holt) which traces the transformation of these iconic figures from recipients of cult to symbols of human creativity. During her time as an IAS Fellow she plans to study the connections between prophecy and poetry, with particular reference to Homer’s Iliad.