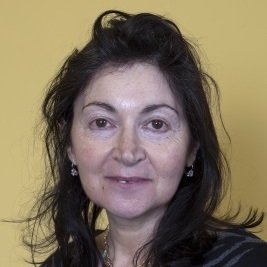 Her research area is Russian cultural history from the nineteenth century until the present; literature and history of ideas; and culture and politics. She pioneered work in body politics and history of race and sexuality in Russian thought and literature since the 1880s. In the last five years she produced four academic books all of which have been regarded as original and pioneering contributions. Her book Pisateli-narodniki i evrei ( 2005) dealt with the manipulation of the writings of the populist writers in order to promote anti-Semitism in the two-volume history written by Alexander Solzhenitsyn, and was described as ‘profound’ by reviewers. Her ground-breaking book Pure, Strong and Sexless: the Russian Women’s Body and Gleb Uspensky (2006) addressed body politics and gender in the work of populist writers. Her book Exemplary Bodies: Constructing the Jew in Russian Culture, since the 1880 (2009) is described by Sander L. Gilman, the former President of Modern Languages Association (MLA), as “one of the most important books in the last decade in the burgeoning field of Russian-Jewish Studies”. Her latest book Vasily Rozanov and the Body of Russian Literature (2010) is the first inter-disciplinary and cross-cultural study of the controversial Russian turn of the century thinker who wrote his version of cultural history as a history of sexuality . She published articles in the most prestigious academic journals in the field, such as The Russian Review, Slavic and East European Journal and Russian Literature .

She has been a recipient of a number of highly presitigeous and competitive research awards and fellowships. In 1989 she was awarded International Fellowship for the Development of Soviet Studies, by the Joint Committee on Soviet Studies of the American Council of Learned Societies and the Social Science Research Council. In 1990 she received Fellowship in Advanced Soviet and East European Studies, awarded by the Joint Committee of Bundesinstitut for East European Studies and University of Cologne. In 2005 she was Skirball Fellow at the Oxford Centre of Hebrew studies. She received University of Canterbury/Oxford Exchange Fellowship in 2003 and 2008, and University of Canterbury/Cambridge Exchange Fellowship in 2010.

She is the general editor of the New Zealand Slavonic Journal. She served on the panel of the Marsden Fund of the Royal Society of New Zealand (2007).

During her stay at Durham, she will be working on the project on futuristic themes in the representations of Russian ethnicity in contemporary Russian writings of the Eurasianist paradigm.