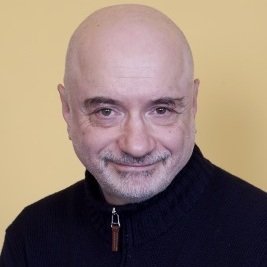 Mikhail N. Epstein is a literary theorist and critical thinker and is Samuel Candler Dobbs Professor of Cultural Theory and Russian Literature at Emory University. His area includes Western and Russian postmodernism; new methods and interdisciplinary approaches in the humanities; semiotics and language evolution; ideas and electronic media. He was the founder and director of the Moscow Laboratory of Modern Culture, Experimental Center of Creativity. In 2002-2003, he was Senior Fellow at the Center for Humanistic Inquiry at Emory, working on the project ‘The Future of the Human Sciences.’ For six years he also served as Gustafson Scholar and Co-chair of the University Faculty Interdisciplinary Seminar at Emory. He has authored 18 books and approximately 600 essays and articles.

Professor Epstein’s work represents a compendium of ideas that diverge from the existing paradigms in the humanities. His writings are full of proposals for new disciplines, for new genres and concepts, and for new words to describe them. Semiurgy, for example, would be the science of how to produce new signs, and silentology the inverse of linguistics. His recent books in English include: After the Future: Paradoxes of Postmodernism and Contemporary Russian Culture (1995); Russian Postmodernism: New Perspectives on Post-Soviet Culture (with two co-authors, 1999); Transcultural Experiments: Russian and American Models of Creative Communication (with Ellen Berry, 1999); and Cries in the New Wilderness: From the Files of the Moscow Institute of Atheism (2002).

His latest project is ‘A Manifesto for the Trans-Humanities: How the Humanities Can Transform the World.’ The concept of “trans-humanities,” the transformative humanities, emphasizes the constructive rather than purely explorative aspect of humanistic inquiry and calls for a reexamination of the far-reaching questions: How can the humanities affect the areas of their study? Which cultural practices can be built on the basis of our studies of language, literature, and philosophy?