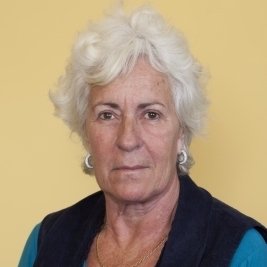 Sandra Escher was first trained at the School of Journalism in Utrecht, before she began to work at the University of Maastricht, department of Social Psychiatry in 1986. She became a senior staff member at the Community mental Health Centre in Maastricht in 1987. Since that time she worked together with Marius Romme on the hearing voices project. With Romme she wrote two books which have been translated into several languages. With him she developed the Maastricht Interview for Voice hearers and the interview on Selfharm. With Romme and Peter Bullimore she designed the interview on paranoia. All these interviews are based on the experiences themselves and not on professional theories.

Sandra organised eight national and international annual congresses attended by about 300 people. Speakers at these congresses were a mixture of professionals and experts by experiences. She helped voice hearers to write their presentations. In 1999 she became an honorary research fellow at the University of Central England in Birmingham. Sandra began a 3-year follow-up on 80 children hearing voices. On this research she got her M.Phil in Birmingham in 2004 and her PhD at the University of Maastricht in 2005. She edited together with Wilma Boevink the book: ‘Making sense of selfharm’ (2001). From 2002 till 2007 she is participating in a Leonardo da Vinci project, an international teaching project funded by the European community. She developed a module which trains voices hearers to use their experience to train professionals. She participated in a Dutch research project with 12 voice hearers about effectiveness care in 2006. Sandra is a board member of Intervoice, the international organisation for training, education and research on voices for voice hearers and processionals. She is an editorial member of the Klankspiegel, the magazine of the Resonance, the Dutch voice-hearing organisation. Sandra gives training and lectures on several aspects of voices all through the year.