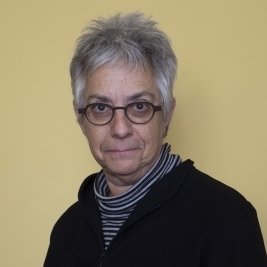 Gail A. Hornstein is Professor of Psychology at Mount Holyoke College (Massachusetts, USA), where she has been a member of the psychology faculty since 1978. She received her BS from the University of Pittsburgh in 1972, her PhD from Clark University in 1981, and a Postdoctoral Fellowship in Personality and Social Structure at the University of California, Berkeley in 1981-82. Trained as a personality/social psychologist, Professor Hornstein has published widely in professional journals on such topics as conversational style in close relationships; the transition from work to retirement; the development of quantification in American psychology; and psychology’s problematic relations with psychoanalysis. Since the 1990s, her research has centered on the history of 20th-century psychology, psychiatry, and psychoanalysis, and her various projects in this area have been supported by the National Library of Medicine, the National Science Foundation, the National Endowment for the Humanities, the American Council of Learned Societies, the American Philosophical Society, and the Marion and Jasper Whiting Foundation, among other sources. She served as Chair of Mount Holyoke’s Women’s Studies Program from 1987-94, as Director of the Henry R. Luce Project on Gender and Science from 1990-93, and as Founding Director of the interdisciplinary Five College Women’s Studies Research Center from 1991-2001.

Professor Hornstein has been awarded visiting fellowships to conduct her research at the History of Science Department, Harvard University (1985-86); the Bunting Institute, Radcliffe College (1989-91); Clare Hall, Cambridge University (1999); Magdalen College, Oxford University (2001); the School of Advanced Study, University of London (2003); the Centre for Research in the Arts, Social Sciences, and Humanities, Cambridge University (2005); and the Birkbeck Institute for Social Research, University of London (2010). In 2011, she was awarded the Meribeth E. Cameron Faculty Award for Scholarship at Mount Holyoke College.

Her articles and opinion pieces have appeared in many scholarly and popular publications, including Newsday, the Philadelphia Inquirer, the Chronicle of Higher Education, the Encyclopedia of Psychology, the American Psychologist, the Journal of Personality, and the Journal of Social and Clinical Psychology. Her widely-reviewed biography, To Redeem One Person is to Redeem the World: The Life of Frieda Fromm-Reichmann (2000), tells the story of a pioneering psychiatrist who dedicated her life to treating the most seriously disturbed patients. In addition to being translated into Spanish and adapted for a play, the biography has been used as a core text in psychoanalytic training.

Unlike most scholars who study mental illness, Professor Hornstein has always been as interested in patients’ experiences as in doctors’ theories. Her Bibliography of First-Person Narratives of Madness in English (now in its 4th edition) lists more than 700 titles and is used by researchers, clinicians, and educators across the world, and her recent book, Agnes’s Jacket: A Psychologist’s Search for the Meanings of Madness (2009), shows how the insights of those diagnosed as ‘schizophrenic,’ ‘bipolar,’ ‘depressed,’ and ‘paranoid’ can help us reconceive fundamental assumptions about madness, treatment, and mental life. The book has been translated into Dutch and has inspired mental health professionals from many disciplines to rethink their assumptions about psychosis.