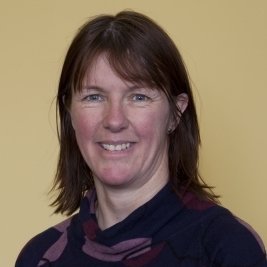 Kathleen Jamie is one of the UK’s foremost poets. She was raised near Edinburgh, and has a degree in Philosophy from Edinburgh University.

Kathleen Jamie has written several collections of poetry, most notably Mr & Mrs Scotland are Dead (2002) which was shortlisted for the international Griffin Prize, and The Tree House (2004) which won both the Forward Poetry Prize and the Scottish Book of the Year Award. Findings, her influential collection of essays, was published in 2006. She also writes for radio- a Radio 3 feature on the uninhabited island of North Rona was broadcast in 2010, as was a programme about Shetlandic poetry. Being interested in writing in an ‘inter-disciplinary’ context, Kathleen has worked with ornithologists, archaeologists, pathologists and visual artists. She has worked on several projects involving the Pathology Museum at the Royal College of Surgeons, Edinburgh. She is an occasional contributor to the Guardian and London Review of Books.

A new collection of essays, Sightlines, is due to be published in 2012, and during her time at the IAS, Kathleen Jamie hopes to complete a collection of poetry and will be engaging with colleagues working on the Recovery of Beauty programme.