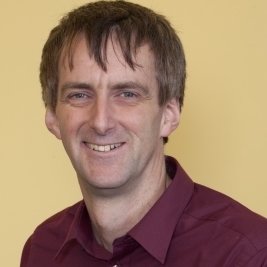 Professor Kevin J Flynn is an expert in the construction, testing and use of mechanistic plankton function type (PFT) models. His BSc (Marine Biology, 1st class) and PhD (algal physiology) were both from the University of Wales. He was the first recipient of what became the Natural Environment Research Councils (NERC) “Advanced Fellowship” award, working out of the Dunstaffnage Marine Laboratory, Oban, Scotland. He is currently the Head of Department for Biosciences at Swansea University.

His early work was on the nitrogen nutrition of phytoplankton (microalgae), conducting wide ranging laboratory experiments on external and internal free amino acids. This work was extended to plankton food web research, and into the N-physiology of harmful algal bloom (HAB) species (following from which he was twice the plenary speaker on HAB physiology at international scientific meetings). His involvement in experimental work continues today, with studies on microalgal biofuels and zooplankton. He is also the lead PI on the NERC UK Ocean Acidification programme on commercial fisheries.

In 1995 he was the PI on a grant linking algal physiology to the development of mathematical models, involving the late Professor Mike Fasham FRS. With Prof. Fasham he embarked on the development of a range of models of plankton, with the first of some 50 or so model-related papers appearing in 1997. Since that time, and aided by receipt of a Leverhulme / Royal Society Fellowship in 2003, he has emerged as a key proponent of the development and application of mechanistic plankton models. (Mechanistic models contain components that seek to mimic the reactions and behaviour of real organisms, rather than just relying on empirical relationships.) To this end he is regularly at the forefront of developments and is regularly invited to speak at conferences/workshops. Most recently, he leads with Dr Aditee Mitra a Leverhulme International Workshop on modelling planktonic mixotrophs.

Over the last few years, with the emergence of microalgae on the biofuels agenda, he has begun to apply his knowledge of phytoplankton physiology and models to providing an in silico investigation of the potential for developing the commercial use of microalgae both for biofuels and as feed stocks. It is to further this activity that he joins Dr Greenwell and colleagues involved in the Biofuels, Science and Society project at Durham University in the autumn of 2011.