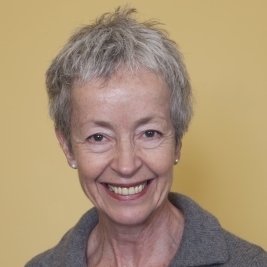 Professor Harvey is a noted authority on bioenergy systems, biomaterial processing and biofuel supply chains. Trained as a plant biochemist with a PhD from Durham University, she spent 2 years at Genzyme Biochemicals in business development before leaving to conduct research into the biochemistry of lignin breakdown at Imperial College, and then Greenwich University. She has extensive experience of the biofuels industry and related technologies, and was recently part of a 13-person strong UK delegation energy mission to Israel to present on issues such as UK policy on renewable energy and alternative resources for energy such as solar and biofuels.

The oil crises of the 1970’s prompted interest in biomass to produce liquid biofuels and replace fossil-based transport fuels, and her fundamental research into the plant and fungal oxidative metabolic pathways associated with production of oxidative catalysts resulted in a major breakthough in 1985 in unravelling the nature and mechanisms by which white-rot fungi trigger lignin breakdown in woody lignocellulosic materials to gain access to cellulose. A number of research contracts swiftly followed from the pulp and paper, wood preservation and petroleum industry sectors, to treat lignocellulosic waste streams and petroleum hydrocarbon decontamination, as well as appointments to various European Science and Technology Cooperation Actions, such as that concerned with phytotechnologies to promote sustainable land use and improve food safety.

Although subsequent drops in oil prices evaporated much of the incentive and stalled the momentum to expand biofuels production in most countries, recent years has seen a resurgence of interest, this time prompted by energy supply security, oil price volatility, and the new driver, climate change mitigation. In 2007, Professor Harvey led a consortium of 12 partners including a large farmer’s co-operative in Kent to develop a fully integrated approach to producing high quality biodiesel from locally grown oilseed rape in Kent, with a low eco-footprint. The project addressed major scientific and socio-political issues associated with the use of plants to provide sustainable energy; the approach was based on a judicious mix of scientific logic and sensitivity towards the use of land and farming practices, particularly in the light of recent bad press over the use of biofuels for road transport. A major outcome of the project was the formation of an Energy Services Company (ESCo) to procure, install and maintain combined heat and power (CHP) and ancillary equipment and provide electricity and heating/cooling in designated buildings such as: schools, sports and other community buildings.

Renewable energy, biofuels and the use of algal and non-food plant systems for CO2 capture and the synthesis of novel chemicals are now a major focus of her research. One of the most interesting developments to emerge from this research concerns the production of glycerol as a biofuel from salt-tolerant microalgae and she is now leading a multinational team of scientists and engineers from Namibia, South Africa, Israel, Greece, Germany, Holland and the UK to produce glycerol from such microalgae and demonstrate its use in the shipping industry. Professor Harvey is also researching solutions for food and plant-based ‘wastes’ for energy extraction. Working with partners in South East England, she is trialling the collection and treatment of commercial food waste by anaerobic digestion or composting, with the aim of reducing waste going to landfill. She is also working with partners at a national level to integrate the metabolic capabilities of anaerobic bacteria and photosynthetic algal cells to extract energy, clean water, mitigate CO2 emissions and develop food additives from dilute by-product streams of the bioethanol industry. Overseas project work includes capacity building in South Africa, Namibia and Ghana to create sustainable, non-food bio-oil and microalgal supply chains for providing CHP electricity, and in the future, the chemical feedstocks needed to replace fossil fuels, funded by the EU Africa Caribbean Pacific Science and Technology Programme .

Professor Harvey is a Board member of the newly-founded European Algal Biomass Association and Head of the Bioenergy Research Group at the University of Greenwich. During her time at the IAS, Professor Harvey will be researching and writing a book about bioenergy opportunities and problems in relation to CO2 mitigation strategies.