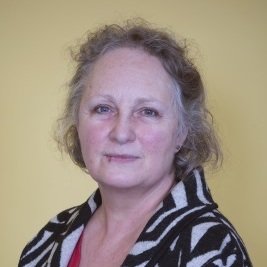 Julie Westerman is an artist and Senior Lecturer in Fine Art at Sheffield Hallam University, having studied at Chelsea School of Art (BA. Sculpture), Birmingham Polytechnic, (MA. Fine Art) followed by a Fellowship at Cardiff Institute of Art and Design.

Working with drawing, sculpture, film, animation, and CAD Westerman’s work engages with a range of research questions. A body of work investigated the relationship between the virtual space of the computer generated event and the physical presence of the sculptural object. The final outputs explore the experience of the space in between these two positions. Inter, The Harris Museum Preston; Thinly Veiled, a permanent work commissioned for the Grand Opera House in Belfast and Barely There Phoenix Gallery Belfast.

Westerman considers our relationship to the pervading anxiety over global warming as a focus for a series of projects that juxtapose; structural failure and climatic events, our subjective response to unpredictable natural phenomena and our relationship to the science that seeks to explain and predict them. Encounter a work for Afterwards at the Mead Gallery, Warwick University, appropriated material placed on YouTube by amateur tornado chasers. The work explored the overwhelming desire to encounter a deadly, unpredictable natural force and to taunt fate. Disaster Bridges overlaid CAD models of great feats of engineering against chalk drawings of the relentless erosion by the elements; Die Panke LoBe project, Berlin. Work for two publications; Noel was Responsible for Transmission Annual: Catastrophy; and It was Iris, at the invitation of AMBruno, considered the language used when plotting the paths of killer hurricanes whose names have since been retired.

Fly Birdie Fly, 2011 Art/Science collaboration; August 2011 with Dr John Hart (Centre for Sports Engineering Research) was a cross faculty research project. Sheffield Hallam University looked at the language and images that result from data analysis generated from CFD. The resulting film focused on the flight of the shuttlecock, and sort to be readable both as Art and Science www.artysportysciencyart.co.uk

In 2011 Westerman published Brutalist Speculations and Flights of Fancy , which included artists and writers from Berlin and the UK and is currently editing Tegel:Speculations/Propositions. The imminent closure of Tegel Airport provoked enquiries into modernist architecture, the changing face of air travel, and concepts of cultural mobility, exchange and internationalism.

Illuminated Carpet is one of a series of light sculptures that drew people out to explore the altered perception of the environment at the night. The sculpture, formed of an elaborate illuminated carpet design, floated above the River Wear; commissioned for Enlightenment, Durham 2008. Where R U, a projection work commissioned for Lightshift, Forest of Dean, was encountered on a night walk through the Forest. Projected text messages, collected from the local people, moved over the trees in a signal black spot. Critical Mass a steam and light sculpture commissioned for Wolverhampton University, investigated the often difficult relationship between large institutions such as a University and the general public in their host cities. The resulting sculpture used programs of steam and light to make visible the hidden activities of the institution.

Whilst at the IAS Julie Westerman’s research will be directed to develop new works that explore the perception of light.