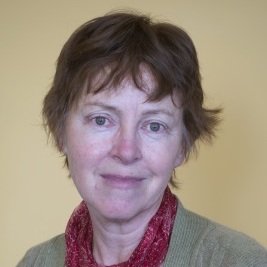 Lesley Chamberlain is a writer of fiction and an independent scholar with a preponderant interest in German and Russian thought. After a degree in Russian and German Comparative Literature at the University of Exeter she took a research degree at Oxford before joining Reuters as a correspondent in Moscow in 1978. Her freelance career as a writer and critic began in 1986, since when she has written for all the major British newspapers, and also The LA Times and The Wall Street Journal. She currently writes occasionally for The New Statesman and The Times Literary Supplement, drawing on her background in European literature and Continental Philosophy. Most recently she published a novel, Anyone’s Game (Harbour Books 2012), described by a critic as ‘both symbolic and distinctly individual’ in placing, within a narrative of ‘layered ambiguity’, a twentieth-century Russian woman in her times. Forthcoming is The Shoe Story, an account of readings of van Gogh by Heidegger and Derrida which suggests reasons for why art has changed so dramatically over the last century, from precious object to event in the here and now.

Her writing career has been extremely varied. From pioneering early work on Russian food and its cultural and historical background (The Food and Cooking of Russia, Penguin 1982), she moved on to write, with In the Communist Mirror (Faber, 1990), a unique account of being a ‘Westerner’ in the Communist East. Through the 1980s and on, much of her writing, on fiction and non-fiction, and in her own fiction (In a Place Like That Quartet 1998) reflected the ideas behind and the social reality of The Cold War. Intense Western preoccupation with the Holocaust during this time was also reflected in her reviewing and her travelling in Central and Eastern Europe.

Her interest in the Continental history of ideas revived as the Cold War ebbed. Her biographical evocation of Nietzsche in Turin (Quartet 1996) was acclaimed on both sides of the Atlantic and led to her appearance at The Chicago Festival of Humanities and lectures at Sarah Lawrence College in New York State, and the University of London, and much media interest. Her controversial book Motherland A Philosophical History of Russia (Atlantic 2004) and subsequently The Philosophy Steamer Lenin and the Exile of the Intelligentsia (Atlantic 2006) established her authority in the field of Russian intellectual history. The unique form of these books also drew parallels with her work as a novelist (Girl in a Garden, Atlantic 2003, Anyone’s Game, Harbour Books 2012).

As an IAS Fellow she will continue to bring her unusual combination of intellectual, historical and artistic interests to bear on ideas of contemporary relevance. The period historians call The Enlightenment has intermittently over the last two centuries and intensely in the last forty years come in for intense criticism for its vision of ‘Reason’. Lesley Chamberlain will examine the work of some Russian and German thinkers who turned their backs on the Time of Light.