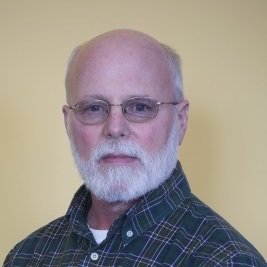 Professor Bradley Tebo is a Distinguished Professor of Marine and Biomolecular Systems, Head of the Division of Environmental and Biomolecular Systems, and Co-director of the Institute of Environmental Health at Oregon Health & Science University (OHSU). He received his B.S. degree in Biology at the University of California San Diego (UCSD) and his Ph.D. in Marine Biology from Scripps Institution of Oceanography (UCSD) where his interest in manganese (Mn) biomineralization was sparked. After two years of postdoctoral training at the University of Washington in marine geochemistry he took his first position at Johns Hopkins University, Chesapeake Bay Institute in 1985. He returned to Scripps (UCSD) in 1987 as a Research Biologist and Lecturer and eventually became a full Professor. In 2005 he was recruited as a distinguished faculty member at OHSU. Professor Tebo is a Fellow of the American Academy for Microbiology, a co-founding editor for Frontiers in Microbiological Chemistry and member of the editorial board of the Geomicrobiology Journal. He is the author of more than 135 scientific publications.

Professor Tebo’s research expertise is in interactions between biological and geochemical processes, particularly redox transformations of metals and radionuclides. These transformations influence both nutrient availability to support primary productivity and mobility of toxic elements. An overarching theme of this work is understanding these transformations at the molecular level. Professor Tebo uses laboratory models and tests hypotheses in field research. Research approaches range from genomics, biochemistry, and environmental microbiology to biogeochemistry, mineralogy, and oceanography. Some of the research is fundamental, while other projects address applied subjects such as bioremediation of pollution. Professor Tebo is internationally best known for his work on manganese biogeochemistry and microbiology. Early in his career his research demonstrated the overwhelming importance of bacteria in environmental manganese(II) oxidation. More recently his research has helped to change the soluble Mn(II)/solid Mn(III,IV) oxide paradigm of Mn biogeochemistry by demonstrating that Mn(III) may occur as soluble species which are important redox players in the environment. Professor Tebo’s research has helped unravel the biochemical mechanism of Mn(II) oxidation and has identified novel proteins involved in the process. These proteins have promise for biotechnological applications for environmental remediation, bioenergy and synthesis of new materials. His research has also addressed the reductive precipitation of metals and radionuclides by bacteria as a means for immobilizing and detoxifying these elements.

As an IAS Fellow Professor Tebo will work with Drs Karen Johnson and Ari Sadanandom on the sub-theme “Astrobiological and technological implications of 2.5Bn year old sequestered carbon in Kalahari manganese oxide deposits” and participate in a workshop on the same topic. More specifically he will be working with the sub-theme participants conducting research on the use of biogenic, synthetic and geological Mn oxides in lignin degradation for bioenergy applications and on the potential of modern Mn oxide deposits for carbon sequestration.