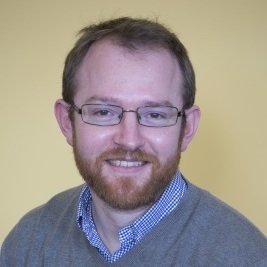 Professor Peter Adey, is Professor in Human Geography at Royal Holloway, University of London, works at the intersections of space, security and mobility and within the blurring boundaries between Cultural and Political Geography.

He has been exploring these themes since his doctoral research at the University of Wales, Aberystwyth to develop three closely related research agendas at the airport/border; the vertical territorial and material spaces of air; and the political and technological spaces of emergency and evacuation. Through these agendas Professor Adey has helped to forward and develop a ‘new mobilities’ turn or paradigm within the arts and social sciences which has seen his book Mobility become one of the standard texts in many courses on mobilities and communications, and Aerial Life one of the first monographs to take the aerial world to task through its geopolitical discourses, biopolitical and governmental formations of power, and its intimate geographies of emotion and affect. Recognizing these achievements, in 2011 Professor Adey was awarded a Philip Leverhulme Prize awarded to outstanding scholars who have made a substantial and recognised contribution to their particular field of study, recognised at an international level, which he will use to support his continuing work on the politics and mobilities of evacuation.

Professor Adey came to Royal Holloway in 2012 to setup and run the Geopolitics and Security MSc. He is Chair of the Social and Cultural Geography research group of the Royal Geographical Society with the Institute of British Geographers, has published widely in academic journals and edited collections and is member of the international advisory boards of the journals Mobilities; Resilience; and Geography Compass. He is the author of Mobility (2009); Aerial Life: spaces, mobilities, affects (2010); Air (forthcoming 2013); co-editor of the forthcoming Handbook of Mobilities (2013); From Above: verticality, war and violence (2013) and co-editor of the Routledge Changing Mobilities book series with Monika Buscher.

Professor Adey has been the recipient of fellowships from the ESRC and AHRC, standard grants from the EPSRC-AHRC, ESRC, Agence National de la Recherche, the Leverhulme Trust and a visiting fellowship from UCL.

While at the IAS Professor Adey will develop his interest in the aerial and wider cultural and political registers of security to explore examples of the light-ening levitating body, from ecstatic catholic saints, tightrope walkers and resuscitated bodies, to contemporary performance artists. The fellowship will explore the dyadic relation of light and light, to explore how the ascending subject might be investigated and theorised in relation to contemporary questions of concern within political theology and social and cultural theory. This research will be brought to bear on notions of sovereignty, security, affect and spatiality.