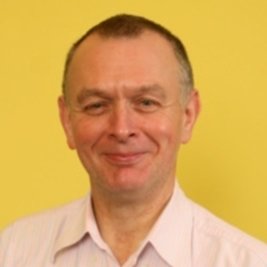 Paul Ormerod read economics at Christ’s College Cambridge, followed by the MPhil in economics at St Catherine’s College Oxford. He started his career as a macro-economic forecaster and modeller at the National Institute of Economic and Social Research, where he published many applied macroeconomic papers and edited the first collaborative volume between UK and US scholars on macroeconomic modelling.

In the early 1980s, he moved to the private sector and with colleagues built up the Henley Centre, selling it to a FTSE 100 company in 1992. He established Volterra Consulting in 1998.

Paul Ormerod has retained close links with the academic world. From 1983 to 1991 he was Visiting Professor of Economics at Queen Mary College London, and from 1991 to 1997 at the University of Manchester. During the last year he has given a short series of lectures on complexity to MPhil students at Cambridge and to the doctoral students at the University of Torino. He is a Fellow of the British Academy of the Social Sciences.

His main interests are in complex systems and social networks. Paul Ormerod has a particular interest in modelling socio-economic systems with low cognition agents (decision makers), a behavioural pattern in complete contrast to the assumptions of rational maximisers in economics. He wrote the lead comment piece on how this can rebuild economics in the Financial Times in November 2006.

Paul Ormerod has published since 2000 a wide range of papers on these topics in journals such as Physica A, Journal of Artificial Societies and Social Simulation, Futures, Economic Affairs , Diplomacy and Statecraft and Acta Physica Polonica B.

Recent conferences at which Paul Ormerod has been an invited speaker include the Los Alamos National Laboratories conference on complexity, where he was the only non-US presenter, the UCLA Lake Arrowhead conference on human complex systems, the Brisbane Club on complexity and economics, the Government of Singapore conference on international risk assessment and horizon scanning, the US Office for Naval Research conference on social networks in Budapest, the world econophysics conference in Canberra, a random matrix theory conference in Krakow, and the European Social Simulation Association in Brescia, Italy.

He has published 3 best-selling books on economics, which have been translated into many languages. The Death of Economics (1994), Butterfly Economics (1998) and Why Most Things Fail (2005). This latter was the lead book review in Nature and Science, and is a Business Week US Business Book of the Year 2006. Ormerod is profiled in the June 2007 issue of the Harvard Business Review.

He is a regular reviewer for the Times Higher Educational Supplement.

Paul Ormerod collaborates on many inter-disciplinary projects, and will be pursuing his interests in complexity, social networks and low cognition agents.