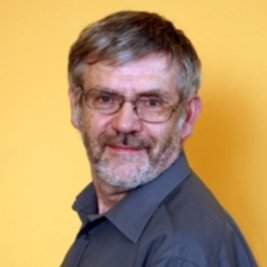 Professor John Haslett is a graduate of Queen’s University Belfast (1966-69) and the University of Birmingham (1970-1973). He is married to Deirdre, with three children and – latterly – a grand-daughter. He began his academic career at the University of Ile-Ife in Nigeria, working with Voluntary Service Overseas. He has been at Trinity College Dublin, 1973, with sabbaticals in Australia with CSIRO’s Division of Mathematic and Statistics (1979-80 and 1989) and at the University of Washington in Seattle 1987. He is a Fellow of Trinity College Dublin and of the Royal Statistical Society. He is an elected member of the International Statistical Institute and of the EPSRC’s review panel.

His current research – stimulated by Prof Brian Huntley in Durham – is focussed on the development of new statistical models for tasks such as reconstructing the palaeo-climate of Europe for the past ~15,000 years. He sees this as an example of a phenomenon (palaeoclimate) concerning which there are a large number of scraps of information in space-time, such as pollen in sediment cores. Related work concerns the transition to the Neolithic across Europe.

His research has involved a journey from mathematics, through wind-power, satellite imagery and mineral exploration to its present location. The vehicle for much of the journey has been spatial stochastic processes. His greatest intellectual excitement has been in the witnessing of the development of techniques, now underpinning statistical modelling in every area of physical and social science, from their origins in the statistical mechanics of spontaneous magnetization.