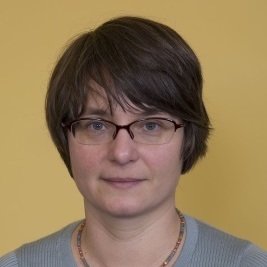 Anna Maerker is Senior Lecturer in History of Medicine at King’s College London. Her work investigates the historical emergence of modern science and medicine as authoritative practices of knowledge making through a focus on material culture and everyday practices. After undergraduate training in physics at Regensburg, she turned to the history of science with postgraduate work at Cambridge and Cornell, and a postdoctoral fellowship at the Max Planck Institute for the History of Science.

Dr Maerker’s monograph Model Experts: Wax Anatomies and Enlightenment in Florence and Vienna, 1775-1815 (2011) investigated how anatomical modelling shaped concepts and practices of expertise under changing political regimes. Articles in journals such as History of Science, Osiris, and Technology and Culture further elaborate on the relationship between experts, the state, and the public. Her work has been supported by funders including the National Science Foundation (U.S.), the Social Science Research Council (U.S.), and the British Academy. She now serves as associate editor of Nuncius: Journal of the Material and Visual History of Science.

Dr Maerker’s interests in the material culture of science and medicine and the relationship between experts and publics have also led her to engage with public history. At the Max Planck Institute she co-curated the exhibition Objects in Transition, and she contributed to the web project Brought to Life at the Science Museum. She is a founding member of the Public History Seminar at the Institute of Historical Research, London, and now serves as Historian in Residence at the Hunterian Museum of the Royal College of Surgeons.

Dr Maerker’s current project Model Communities: The Science and Politics of Anatomical Models in the Nineteenth Century analyses the concept of the model through the case study of the life-sized anatomical models developed by the French Dr Auzoux. The mass-produced models were used globally in medical and lay education. The concept of the model was mobilised in several ways: Auzoux himself was described as a model entrepreneur, while his factory was celebrated as a model for social improvement. His workers, and some colonial subjects, were singled out as ‘model students’. The project uses the Auzoux models to investigate this diversity of meanings, and draws attention to the ways in which models are embedded in communities. Scale became a crucial issue for models in several ways: changes in scale, for instance, could make models more affordable or visible to a larger audience, but simultaneously raised concerns about the validity of such representations. These questions are informed by the work of several scholars at Durham, including Ludmilla Jordanova at the Centre for Visual Arts and Culture, and Nancy Cartwright and Wendy Parker in Philosophy.