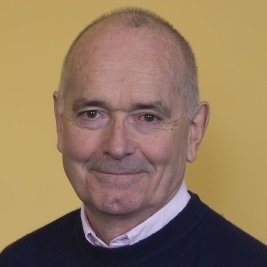 John A. Hall is the James McGill Professor of Comparative Historical Sociology at McGill University in Montreal. His work moves back and forth between social theory and historical analysis, using the latter to deepen the former and the former to sharpen questions directed to the historical record. Recent books in social theory have included Ernest Gellner: An Intellectual Biography (Verso, 2010) and The Importance of Being Civil: The Struggle for Political Decency (Princeton, 2013). Professor Hall’s books in comparative historical sociology range from Powers and Liberties: The Causes and Consequences of the Rise of the West (Penguin, 1986) to Small States, Healthy Nations: Denmark, Ireland and Switzerland in the Face of the Financial Crisis (co-author John L. Campbell, Princeton, forthcoming).

Professor Hall’s initial academic appointment was at the University of Southampton, but this was soon combined with a teaching position at the London School of Economics. For several years he co-chaired, with Ernest Gellner and Michael Mann, an important seminar–‘Patterns of History’–that did a great deal to bring comparative historical sociology to the center of attention. He has taught for many years in North America, first at Harvard University and then at McGill. He spent several periods abroad working for George Soros’s Open Society Institute, notably at the Central European University in Prague. His interest in and indebtedness to French thought was acknowledged in 2004 when he received the Marcel Vincent Prize. He has held visiting appointments in Oxford, London, Belfast, Sweden, and Copenhagen. He is a Fellow of the Royal Society of Canada.

One research project in which he is engaged derives from the simple realization that thinkers with Jewish backgrounds have provided most of the grammar that we use to think about nationalism. Various patterns have already been identified, from seeking to assimilate to seeking larger non-national social worlds, and from attempts to liberalize nation-states to embracing Zionism. The theorists being investigated include Polanyi, Popper, Berlin, Kedourie, Namier, Deutsch, Bauer and Trotsky—in addition for further work on Gellner.

Whilst in Durham he seeks to complete a book on Nations, States and Empires. The book concentrates on the `world states’ of the late nineteenth century in order to better understand the nature of nationalism and its impact on twentieth century Europe. The move from empire to nation-state fits neatly into the concern of the Institute of Advanced Study with questions of scale.