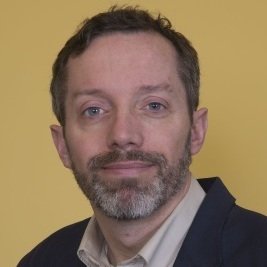 John (Jack) Williams is a Professor in the Department of Geography at the University of Wisconsin-Madison in Madison, Wisconsin, USA, where he serves as the Director of the Center for Climatic Research, part of the Nelson Institute for Environmental Studies. Professor Williams also co-leads the Paleoecological Observatory Network (PalEON) and the Neotoma Paleoecology Database (www.neotomadb.org), both spanning multiple universities, research groups, and disciplines.

Professor Williams’ research focuses on the responses of plant species and communities to past and future climate change. Much of his work uses the late Quaternary (the last 21,000 years) as model systems for understanding plant species and community responses to climate change, with a particular emphasis on the temperature rises and other climate changes accompanying the last deglaciation. Key research areas include understanding species responses to rapid warming, hydrological variability, the ecological consequences of the late-Quaternary megafaunal extinctions, and the emergence of climates and communities with no modern analog. His research works across scales spatially from individual sites to continental- to global-scale reconstructions and temporally from decades to millennia. He works closely with ecosystem and earth system modelers, combining models and data to understand the causes of past ecological dynamics and test the predictive ability of ecological forecasting models when forced to simulate conditions outside the modern domain. Professor Williams is increasingly engaged in ecoinformatic and geoinformatic initiatives to build community-supported data repositories suitable for modeling ecological and biodiversity dynamics across space and time.

Professor Williams has authored or co-authored more than 100 papers and book chapters and his work has been widely influential among ecologists, biogeographers, and conservation biologists seeking to understand how help species adapt to 21st-century climate change. Awards include the William Cooper Award from the Ecological Society of America, the Phil Certain Distinguished Faculty Award and a Romnes Faculty Fellowship from the University of Wisconsin, a Kavli Fellowship from the National Academy of Sciences, a Bullard Fellowship from Harvard University, and an Aldo Leopold Leadership Fellowship from the Stanford Woods Institute for the Environment.

While at Durham, Professor Williams will be collaborating with Professor Brian Huntley and others on shared interests in the biogeographic responses of species to Quaternary climate changes. More information can be found at www.geography.wisc.edu/faculty/williams/lab/ or via Twitter @IceAgeEcologist.