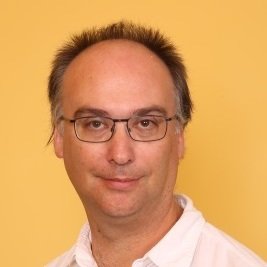 John Steele is Professor of the History of the Exact Sciences in Antiquity and Chair of the Department of Egyptology and Assyriology at Brown University. He is a historian of science and an Assyriologist who is particularly interested in the history of Babylonian astronomy and its place within Mesopotamian scholarly traditions.

Professor Steele is the author of three books including most recently Ancient Astronomical Observations and the Study of the Moon’s Motion (1691–1757) (Springer 2012). His previous book, A Brief Introduction to Astronomy in the Middle East (Saqi Books, 2008), has recently been translated into Chinese. He has published more than sixty research papers including an important study of Babylonian methods of eclipse prediction, and a co-authored paper in Nature on the ancient Greek astronomical ‘computer’ known as the Antikythera Mechanism. In 2012 he appeared in the documentary film ‘The 2000 Year Old Computer’, which has been shown on TV stations around the world. In recognition of his work, Professor Steele has been awarded an honorary Professorship at Shanghai Jiao Tong University in China, and was invited to be a guest member of the ERC funded project ‘Mathematical Sciences in the Ancient World’ hosted by the University of Paris-Diderot in January 2015.

Professor Steele founded and edits the book series Scientific Writings from the Ancient and Medieval World (Routledge), which is devoted to the publication of translations with commentaries of key works of early science for all parts of the world. He also co-edits the bookseries Wilbour Studies in Egyptology and Ancient Western Asian Studies (Lockwood Press) and is a member of the editorial board of the bookseries Time, Astronomy, and Calendars (Brill). Between 2013 and 2015 he served as an advisory editor to the journal Isis, and since 2012 he has been a member of the editorial board of the Journal for the History of Astronomy. He has organized several conferences, including most recently The Circulation of Astronomical Knowledge in the Ancient World (Brown University 2014) and Scholars and Scholarship in Late Babylonian Uruk (University of Paris-Diderot 2015, co-organized with Christine Proust).

Professor Steele is currently engaged in two main research projects. First is a book on the development and practice of astronomy in Babylonia during the first millennium BC. The book, which is under contract with Princeton University Press, is the first attempt to treat all aspects of Babylonian astronomy and astrology as parts of a coherent scholarly practice and to trace their interrelated development. His second project, which will be the focus of his activity at the IAS, is a detailed study of what he terms Babylonian ‘schematic astronomy’ – a simple form of astronomy founded upon the methods found in an early (pre-7th century BC) astronomical text known as MUL.APIN but which co-existed with much more complicated methods of theoretical in the last few centuries BC in Babylonia. As part of this work he is collaborating with Prof. Hermann Hunger (University of Vienna) on a new edition, translation and commentary to MUL.APIN.