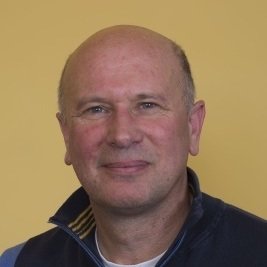 Mark Fricker started as a plant physiologist with Colin Willmer at Stirling, following a degree in Botany at Oxford, with his research focused on dissecting signal transduction pathways in stomatal physiology. This led to the development of quantitative imaging of Ca2+, pH and redox dynamics in plant and then fungal systems in Edinburgh with Tony Trewavas and Nick Read. This naturally evolved into the current interest in signalling and transport in networked systems that he has pursued since his appointment in Oxford in 1989. His experimental investigations cover a range of scales including confocal ratio imaging on a micron scale, radiolabel scintillation imaging at an intermediate scale, and network analysis and mathematical modelling to predict behaviour at a macro-scale, with over 100 publications and book chapters.

Professor Fricker pioneered network analysis of fungal systems and demonstrated using graph-theoretic analysis of experimental networks, that indeterminate, de-centralized systems can yield adaptive networks with both high transport capacity and robustness to damage, but at a relatively low cost, through a ‘Darwinian’ process of selective reinforcement of key transport pathways and recycling of redundant routes (Bebber et al., 2007, Proc Roy Soc, 274, 2307). The work on fungal networks also led to collaboration with Toshiyuki Nakagaki in Hokkaido to understand network formation in the slime mold Physarum polycephalum. They reported in Science (Tero et al., 2010, Science, 327, 439) that slime molds can form networks with comparable efficiency, fault tolerance, and cost to those of real-world infrastructure networks such as the Tokyo rail system, which earned an IgNobel prize in 2010. In particular, they showed that the core mechanisms needed for adaptive network formation can be captured in a biologically inspired mathematical.

Currently network extraction is a laborious manual exercise so Professor Fricker has been working with Boguslaw Obara (Durham University, department of Computing Sciences) to develop high-throughput, automated network analysis techniques. During his IAS Fellowship, the plan is to optimise this approach for a range of biological networks at different organisational scales, including sub-cellular networks of cytoskeleton and ER, planar macroscopic networks, such as fungi, slime molds, and leaf veins, and then 3-D blood vascular networks. These networks also provide the input to predictive fluid flow models to probe the mechanisms leading to the emergence of adaptive behaviour. The working hypothesis is that bio-physical hydraulic coupling may act as the central mechanism enabling coordinated growth across the complete range of scales in networked organisms.