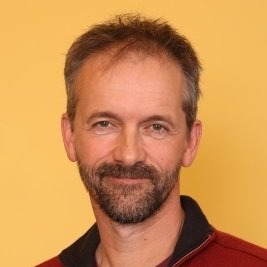 Richard Walsh is a Professor in the Department of English and Related Literature at the University of York. He is a narrative theorist with interests ranging from fictionality (in both literary and non-literary guises) to the nature of narrative cognition as a fundamental of human sense-making. He came to these concerns via doctoral research on innovative forms in American fiction conducted at the University of Cambridge, and post-doctoral work (begun as Keaseby Research Fellow in American Studies at Selwyn College, Cambridge) in which he developed a pragmatist, rhetorical model of fictionality and used it to interrogate many of the core concepts of narratology. He moved to York in 1995, and his research on narrative has acquired an increasingly interdisciplinary scope there, manifested especially in his work in the Interdisciplinary Centre for Narrative Studies, of which he is the founding director.

Professor Walsh is the author of Novel Arguments: Reading Innovative American Fiction (1995) and The Rhetoric of Fictionality (2007), the latter of which establishes the theoretical stance with respect to narrative theory that continues to inform his current work. It has proved an influential book, its challenge to narratological assumptions serving both to stimulate counter-argument and enable new theoretical developments in America and Europe (for example, the programme of the Centre for Fictionality Studies at Aarhus University). His publications since have ranged over literary topics (such as reflexiveness in narrative and fiction; the ideology of narrative voice, or of narrative theory; and the public value of literary study), cultural topics (for example, work on emergent and interactive narrative; and on the common basis of narrative and music) and cognitive topics (narrative cognition and its evolution; the contrast between narrative and complex systems models of behaviour; narrative and spatial cognition). He is the co-editor with Susan Stepney of an interdisciplinary volume of essays forthcoming from Springer, entitled Narrating Complexity.

In his capacity as director of the Interdisciplinary Centre for Narrative Studies at York, Professor Walsh has led several collaborative projects and networks, notably the Fictionality Group (examining the functions of fictionality in diachronic and cross-cultural contexts); the Complexity in the Humanities group (involving scholars engaged with problems of complexity across York’s Humanities Research Centre); and the NarCS network (on the problematic interface between narrative and complex systems). The latter, which brings together participants from across Europe, was established in collaboration with the York Centre for Complex Systems Analysis, and brings together a radically interdisciplinary spectrum of complex systems scientists and narrative theorists. His work on fictionality led to a Visiting Professorship at Aarhus University in 2011, and his continuing contribution to narrative theory is manifest in his election as president of the International Society for the Study of Narrative in 2014 (the society’s first European president).

Dr Walsh’s current work includes a book project tracing the continuity between the basic affordances of narrative cognition and the highly developed cultural manifestations of narrative, which will draw together his broad interdisciplinary work on narrative and his work on fictionality. He is also engaged in a continuing exploration of the specific challenge that complex systemic processes present to narrative understanding, both for its implications in science communication and its theoretical value as a test case for the scope and, especially, the limits of narrative cognition. This work centres upon the objectivity and intelligibility of emergent behaviour; while at the IAS, he will be pursuing the implications, from a narratological perspective, of conceiving emergence within a paradigm based upon temporal and spatial scale rather than the more established model based upon levels of observation.