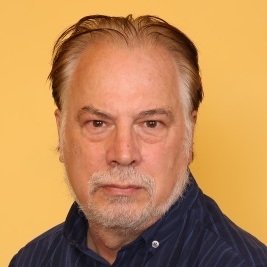 Timothy Clark is a specialist in the fields of modern literary theory and continental philosophy (especially the work of Martin Heidegger and Jacques Derrida), also in Romanticism (especially P.B. Shelley). He has published many articles in literary and philosophical journals and seven monographs.

The main development in Professor Clark’s research since 2002 has been the re-inflection of his earlier work in deconstruction and post-phenomenological criticism in an “environmentalist” direction, strongly critical of the lax romantic humanism that has characterised much so called “ecocriticism.” His Cambridge Introduction to Literature and the Environment (2011) was modelled on the kinds of tight but lucid conceptual introduction more familiar with other schools of literary or cultural theory, concentrating systematically on the diverse arguments, methods and crucial concepts at issue.

For the past six years his work has formed part of the emergence what an article in Minnesota Review in 2014 has named “scale critique” (Derek Woods). It attempts to think questions of scale, and the effects of considering scale variance, in relation to the interpretation of literary texts, with particular reference to environmental questions, especially climate change. Notions of scale and scale framing are also pivotal to the arguments of Clark’s book of 2015 Ecocriticism on the Edge: The Anthropocene as a Threshold Concept(August 2015) which explores the possibility of a new mode of critical practice, one fully engaged with the deconstructive force of the planetary environmental crisis. It forms a critical assessment of the current state of environmental criticism, offering close analyses of selected literary works and modes of reading them (including texts by Paule Marshall, Gary Snyder, Ben Okri, Henry Lawson, Lorrie Moore and Raymond Carver).

The now widespread term “Anthropocene” names informally that epoch in which human impacts on the planet’s basic ecological systems reach a dangerous if imponderable limit. In literary and cultural criticism, the term may name a threshold at which modes of thinking and interpretation which were once self-evidently sufficient, progressive or merely innocuous become, in this emerging and counter-intuitive context, inadequate or even latently destructive. Ecocriticism on the Edge considers this through the challenge of reading a text on several different spatial and temporal scales at the same time, even though these may be at odds with each other.”