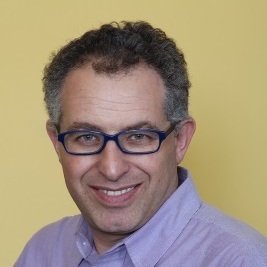 Dr Jonathan Ben-Dov is senior lecturer in the Department of Bible at the University of Haifa, Israel. His main scholarly agenda is to highlight the role of ancient time-reckoning as Humanities: not only as a technical discipline but rather as a primary source for the construction of identities and the invention of tradition. He studies the Hebrew Bible and Early Judaism with other ancient literature. Alongside general studies on biblical historiography and prophecy, he is an expert for Time reckoning and astronomy in the Ancient World: the cuneiform culture, Ancient Judaism, and the Hellenistic culture. He has special interest in expressions of scientific ideas – astronomy, astrology and cosmology – in the Jewish apocalyptic tradition and in the Dead Sea Scrolls.

Dr Ben-Dov has been a co-author (with Shemaryahu Talmon and Uwe Glessmer) of the official publication of calendrical scrolls from Qumran, appearing in Oxford University Press (2001). His book Head of All Years was published in 2008. He is currently editing two other collections about ancient calendars and astronomy: Living the Lunar Calendar (with John Steele and Wayne Horowitz), and a volume on Ancient Jewish Sciences (with Seth Sanders), due to appear in New York University Press. Dr Ben-Dov was granted the Michael Bruno Memorial Prize for 2010 (given by the Rothschild Fund in Israel), and has been a fellow at the Institute for the Study of the Ancient World in New York University (2010/11). He is director of an Inter-university research and graduate group on Jewish Culture in the Ancient World.

His current work includes an in depth study of a Jewish astronomy book from the third century BCE (now part of the Book of Enoch), preserved in a variety of languages, including Aramaic and Geez (classical Ethiopic).

During his Fellowship at the IAS Dr Ben-Dov will explore the topic “What makes a Year Complete: A Reflection on Law and Ideology in Ancient Jewish Sources”. In addition is organizing an international conference with Durham’s, Dr Lutz Doering, “The Construction of Time in Antiquity”.