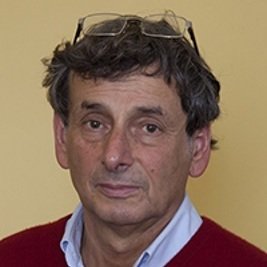 Péter Érdi has degrees in chemistry and chemical cybernetics from Budapest, Hungary. From 2002 he serves as the Henry R. Luce Professor of Complex Systems Studies at Kalamazoo College (Kalamazoo, Michigan, USA). He was the Head of Department of Biophysics KFKI Research Institute for Particle and Nuclear Physics of the Hungarian Academy of Sciences (1993-2011). He maintains this position now as the Institute for Particle and Nuclear Physics, Wigner Research Centre for Physics. He is also the Co-Director of the Budapest Semester in Cognitive Science, a study abroad program mostly, but not exclusively for North-American students.

Érdi has an interdisciplinary research interest, as his major books reflect:

Among others he is a member of the Board of Governors, International Neural Network Society, served in the FENS-IBRO European Neuroscience Schools Programme Committee (2008-2012), and member of the Advisory Board: Springer Complexity: Cutting Across All Traditional Disciplines. In April 2012, as a keynote speaker of European Meetings on Cybernetics and Systems Research in Vienna he gave the Luigi M. Ricciardi memorial lecture.

Érdi’s main research field is computational neuroscience, and recently he is working on understanding psychiatric symptoms based on the concepts of dynamical diseases and/or functional disconnectivities. In the last several years he has an active research program on computational social science, too. Specifically, his research team analyzed the (US) patent citation network, and elaborated a method to predict emerging field of technologies. The network of patents connected by citations is an evolving graph, and represents the innovation process. A patent citing another one implies that the cited patent reflects a piece of previously existing knowledge that the citing patent builds upon. Consequently, a directed link between patents can be interpreted as an idea-flow. Algorithms are being developed to make prediction for emerging field of technologies. He teaches classes as Complex Systems, Cognitive Science, Computational Neuroscience, Nonlinear Dynamics and Chaos Theory etc.

At the IAS Professor Érdi will work on a book about the scope and limits of a dynamical approach to temporal changes of social systems. In the age of the “data deluge” information about the past society is now collected and stored in huge databases. The overwhelming majority of the data, however, has been evaluated and interpreted from a static or equilibrium perspective. The a priori knowledge of the rules, which basically govern the dynamic evolution of the systems is difficult. Kepler and Newton combined data-driven inductive and concept-driven deductive approaches which led to the prediction and discovery of Neptune and Pluto. The hope is that somewhat similarly governing rules of social dynamics phenomena might be extracted from collected empirical data. Social dynamics is in the post-Keplerian and pre-Newtonian age (and it may remain there). Still, at least in certain cases, we try to predict our social Neptunes and Plutos.