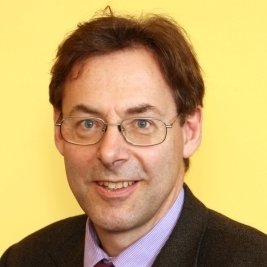 Christer Bruun is an historian of the ancient Roman world at the University of Toronto. He has published widely on questions relating to the social, cultural and administrative history of both the Roman Republic and the Roman imperial period. He was a Visiting Student at Oxford (Brasenose College) for two terms in 1988-89 and a Visiting Scholar at Wolfson College, Oxford, during 1992. In the academic year 1993-94 he was an Alexander von Humboldt Fellow at the Universität zu Köln (hosted by W. Eck), and in 1994 he took up his position in the Classics Department at the University of Toronto, where he was promoted to Full Professor in 2005, and is currently Graduate Coordinator and Associate Chair. In the first part of 1997 he was Visiting Professor at the University of Odense (now U. of Southern Denmark). Most of his time outside Finland and Canada has been spent in Rome, where he has lived some seven years in total, the most recent continuous stretch being the academic years 1997-2000, during which time he was Director of the Finnish Institute for Classical Studies, the Institutum Romanum Finlandiae.

He has published or edited five books and some seventy articles in English, German or Italian, besides a dozen articles in Swedish or Finnish, and some sixty book reviews, and he has been a columnist in Hufvudstadsbladet, the largest Swedish daily in Finland, since 1998. He worked part or full time as a journalist for the Swedish section of the Finnish Broadcasting Corporation (Yleisradio) from 1980 to 1987. Among his works are The Water Supply of Ancient Rome (1991), The Roman Middle Republic (ed., 2000), Ostia e Portus nelle loro relazioni con Roma (ed. with A. Gallina Zevi, 2002), and I bolli laterizi di Roma e della Valle del Tevere: produzione, storia economica e topografia (ed., 2005).

His fields of expertise include Ancient water supply, Roman government, Roman epigraphy (he is currently co-editing, with J.C. Edmondson, the Oxford Handbook of Roman Epigraphy), the topography of Rome, and generally questions of Roman culture and society. He has also published on questions in medieval history (naming practices, water supply), in Renaissance history (the reception of Frontinus and water administration in Rome of the XV-XVII centuries), and in more recent history (the diaries of J.W. von Goethe, Classical studies in Odessa), or even relating to his own times (the rise of the Finnish radical youth movement in the 1970s, (in Swedish)). One of his current major projects is a study of Roman Ostia. While at the Institute of Advanced Study, he intends to work on aspects of Roman water legislation.