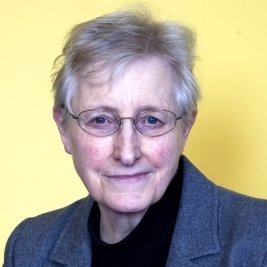 Marilyn Strathern, is a Professor Anthropology and has, from 1998 to 2009 been Mistress of Girton College, Cambridge. She was an undergraduate and then a research student at Girton, holding posts in Canberra (ANU), Port Moresby and UC Berkeley (visiting) before returning to the UK in the 1970s. She moved to her first departmental appointment in 1985 as chair and head of the Social Anthropology Department at Manchester University. She subsequently held the William Wyse Professorship of Social Anthropology at Cambridge from 1993-2008. A Presidential Chair of the European Association of Social Anthropologists, former Trustee of the National Museums and Galleries on Merseyside, and an Honorary Fellow of Trinity College, she was created DBE in 2001 (the first such honour in the subject for nearly thirty years). She became life President of the Association of Social Anthropologist of the UK and Commonwealth in 2008. Under ‘applied anthropology’ are her contributions to the Nuffield Council on Bioethics and the Government’s working party on the repatriation of human remains.

Marilyn Strathern describes herself as a conventional social anthropologist. A product of the Cambridge School of Social Anthropology at its heyday, her texts reflect issues largely within the discipline than outside it (Mary Douglas once called her — not altogether flatteringly — ‘an anthropologist’s anthropologist’). These days, however, she has an interdisciplinary audience.

Professor Strathern’s interests have been divided between Melanesian and British ethnography: Papua New Guinea has been a principal area of fieldwork, from 1964 to most recently in 2006, although she is also intrigued by developments in knowledge practices in the UK and Europe. Initial work on gender relations led in two directions: feminist scholarship and the new reproductive technologies (1980s-1990s), and legal systems and intellectual and cultural property (1970s, 1990-00s). She is most well known for The gender of the gift (1988), a critique of anthropological theories of society and gender relations applied to Melanesia, which she pairs with After nature: English kinship in the late twentieth century (1992), a comment on the cultural revolution at home. Her most experimental work is an exercise on the comparative method called Partial connections (1991). Over the last twenty years she has published on reproductive technologies, intellectual and cultural property rights and interdisciplinarity, although it is her brief work on regimes of audit and accountability that has attracted most widespread attention. Some of these themes are brought together in Kinship, law and the unexpected (2005). Melanesia is never far from her concerns; in 2009 the University of Papua New Guinea bestowed an Honorary Degree on her, following Copenhagen, Durham, Edinburgh, Oxford, and others.

She very much welcomes the opportunity afforded by the Institute of Advanced Study to further a three-university (Durham, Cambridge, Sussex) ESRC-funded research project on ‘International Science and Bioethics Collaborations: Critical Approaches to New Knowledge Relations’, located in the Department of Anthropology (led by Dr Bob Simpson). She will be pursuing her own work on complexity and ‘comparative relativism’, but the theme of Water has set her thinking. She would like to try out again a former Oxford Amnesty Lecture on land as intellectual property and see if it also floats.