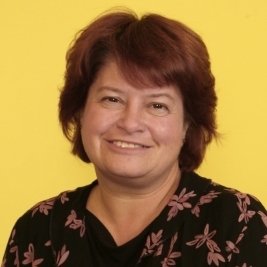 Professor Veronica Strang is an environmental anthropologist at the University of Auckland, whose work focuses on the social and cultural aspects of human-environmental interactions. Her doctoral research at Oxford University was concerned with conflicts between land and water users along the Mitchell River in northern Queensland. The ensuing ethnographic text, Uncommon Ground: cultural landscapes and environmental values (Berg1997), is now well known as a leading comparative study, described by American Anthropologist as contributing ‘absorbing, original theory’ and by the Australian Review of Books as ‘pioneering this field’.

From 1994 and 1997 Professor Strang worked as a researcher at Oxford University’s Environmental Change Institute, while also teaching at the Pitt Rivers Museum and the Institute of Social and Cultural Anthropology. In 1997 she took up a post at the University of Wales and began a project investigating water issues in the UK. Based on ethnographic research in Dorset, her book, The Meaning of Water (Berg 2004) deals with the symbolic meanings encoded in water and their effects on patterns of water usage and attitudes to water conservation. Used extensively by environmental scientists, anthropologists and resource managers around the world, this has rapidly become, as Dimitris Theodossopoulos predicted, ‘a classic in the field of environmental studies’ (Worldviews).

In 2000 Professor Strang was awarded a Royal Anthropological Institute Fellowship in Urgent Anthropology, and returned to Australia to examine indigenous communities’ efforts to negotiate access to land and resources. This resulted in Life Down Under: water and identity in an Aboriginal cultural landscape (Goldsmiths University 2002), and led to further research on the relationships between sensory and aesthetic experiences and the generation of meaning.

Between 2003 and 2007, with a Fellowship at the University of Queensland, Professor Strang conducted research with diverse groups of water users along the Brisbane and Mitchell Rivers. The ethnographic focus on river catchments was designed to facilitate the integration of social and natural science research on water issues. This work led to her appointment to the Scientific Advisory Group and then to the Steering Committee of UNESCO’s International Ecohydrology Programme. More recently she became involved in another UNESCO/MAB programme: ‘River Cultures and Ecological Futures’, and in 2007 she was awarded an International Water Prize as one of UNESCO’s,Les Lumières de L’Eau (Water’s Leading Lights).

Since 2005 Professor Strang has been a Professor of Anthropology at the University of Auckland, where she recently completed a monograph, Gardening the World: agency, identity, and the ownership of water (Berghahn 2009). At present, she is co-editing a book for the Association of Social Anthropologists of the UK and the Commonwealth, arising from a major international conference on Ownership and Appropriation which she co-convened in Auckland in 2008.

While at the Institute of Advanced Study Professor Strang will be developing, in collaboration with colleagues at the Australian National University, an interdisciplinary project which aims to integrate ethnographic, ecological and hydrological data in river catchments, and to communicate this more holistic view using digital media. She will also be following up an interest in water and material culture, with research exploring the design of urban water features and their use as expressions of community identity.