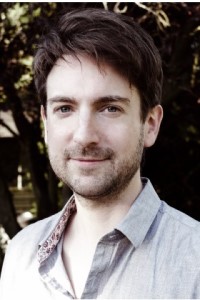 Ross Cole is a Fellow of Homerton College Cambridge and an Affiliated Lecturer at the Faculty of Music. He holds degrees from Cambridge, York, and Oxford, where he was awarded the Gibbs Prize. Ranging across a broad spectrum of contemporary music, his work appears in leading international journals including ASAP/Journal, Popular Music, Ethnomusicology, and the Journal of the Royal Musical Association. Writing for a wider audience has been published in The Independent and the Times Higher Education. He is co-editor of Remixing Music Studies: essays in honour of Nicholas Cook (Routledge 2020), a volume of essays by senior scholars and emerging voices addressing the current state of the discipline and sketching out new paths for the 21st century.

His first monograph, The Folk: Music, Modernity, and the Political Imagination is forthcoming in September 2021 with University of California Press. A major addition to the field, it traces the musical culture of these elusive figures in Britain and the US during a crucial period of industrialization from 1870 to 1930, and beyond to the alt-right. Drawing on a broad and interdisciplinary range of scholarship, The Folk examines the political dimensions of a recurrent longing for folk culture and how it was called upon for radical and reactionary ends at the apex of empire. It follows an insistent set of disputes surrounding the practice of collecting, ideas of racial belonging, nationality, the poetics of nostalgia, and the pre-history of European fascism. Ultimately, it is a biography of a people who exist only as a symptom of the modern imagination, and the archaeology of a landscape directing flows of global populism to this day.

During his stay at Durham, Dr Cole will be working on his second monograph, provisionally entitled Music and the Poetics of Utopia. He is particularly excited about the prospect of engaging with scholars across the University from English Studies and History to Music and Computer Science on three interconnected projects: afrofuturism and afro-pessimism in sound, queer utopianism and the voice, and the creative potential of musical AI. Together, these projects aim to broaden our understanding of music’s role in envisioning a better future.